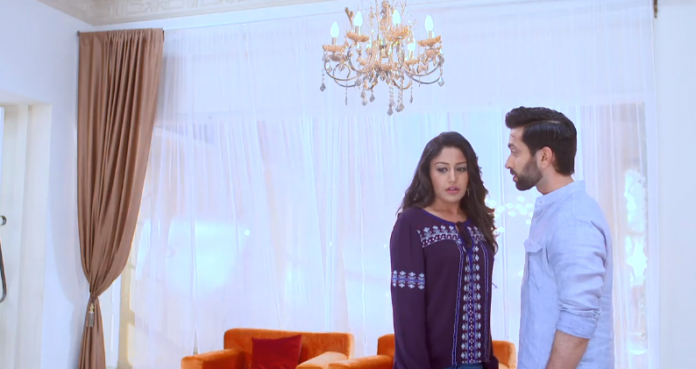 Shivay calls the doctor for Anika’s checkup. Tia clearly lies to Anika and gets conscious in front of Shivay. Tia says I was hugging Shivay, why would I hug anyone else, I felt bad you doubted on me.

She asks Anika why did she tell her doubt to Rudra and Omkara, and ruined her respect in her inlaws. Shivay gets angry and tells Anika that this matter is just baseless. He asks Anika and his brothers how did they doubt on Tia. Tia acts cool about it. Shivay asks them to give an answer.

Tia goes out and answer the call. Tia asks her boyfriend not to call her, Anika has spotted them in lawn. She tells him not to make this difficult for her. Anika seems like hearing Tia’s conversation with her boyfriend and playing a trick with Tia. Anika apologizes to Tia. Tia gets relieved. Shivay apologizes to Tia again. Tia asks Shivay if anything is going on in Anika’s heart, she looks upset by their marriage news. Shivay understands Anika’s feelings a bit and wonders about her mistake. Will Anika come up with a good plan to expose Tia? Keep reading.