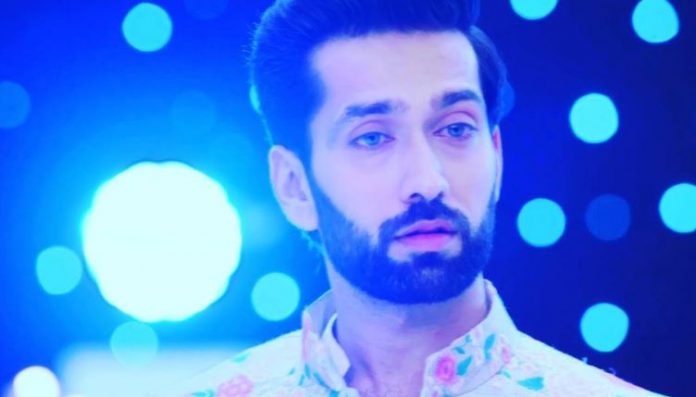 Daksh uses the loan approval papers and hands it over to Anika. Shivay sees Anika accepting the papers. Daksh asks Anika is she happy after getting the envelop. Anika thanks him. Shivay assumes she is thanking him for money.

Daksh fools Shivay by using the wrong words. Shivay angrily leaves off. Anika then checks the papers and tells Daksh how Dadi has helped her in getting loan approved. She says I will repay Dadi for this when I have the amount. Daksh praises her. Anika goes to meet Dadi. Daksh is glad as Shivay is believing what Daksh is showing him. Shivay wonders how he did mistake in knowing Anika. Shivay is angered at himself for understanding Anika. He realizes Anika is such a fallen cheap girl, who talks big of self-esteem and honesty, but she is really a cheapster like Daksh. Shivay is hurt feeling he got cheated by Anika. He hurts himself more as Anika’s memories get coming in his mind.

Anika comes to ask Shivay about the marriage arrangements. Shivay acts rude to her and asks her to just leave. Anika gets adamant to know his choice. Shivay injures his hand by hitting the glass tray on the wall. Anika gets a huge shock seeing his silent anger and unknown reasons for his rudeness. Shivay’s hand bleeds heavily. The glass pierces his hand badly. Anika worries seeing the wound and blood. Shivay does not confront her for Daksh and her relation. Anika asks if I have done anything. Shivay can’t ask her straight about Daksh and her. Anika insists to know the matter clearly. Shivay is too angered and does not want to discuss the matter. She requests him to tell her. Shivay orders her to leave. She does not go.

Shivay’s anger increases. Anika agrees to go seeing him hurting himself. Shivay removes the glass pieces from his hand. Anika gets hurt seeing his wound. Anika does not understand his behavior. She wonders why is Shivay acting too rude. She feels he has lost his senses completely. Anika limits herself from thinking about Shivay, but breaks down thinking of Shivay’s wound. Anika realizes her feelings for Shivay. Shivay’s happiness, sorrow, silence, smile and all his emotions matter to Anika.

Anika wonders why everything about Shivay matters to her, when she is engaged to Daksh while Shivay is marrying Tia the next day. Anika explains her heart to stop thinking of Shivay. She decides to forget Shivay completely and remove him from her mind and heart. Even Shivay is trying to do the same, and get over Anika by marrying Tia soon. Shivay has preponed his marriage just to stop his feelings for Anika. Shivay does not know a fact, that Tia will not turn up for marriage. Tia is happy to dupe Shivay soon and get his property, while her husband could not bear Tia marrying Shivay. The track will bring many twists. The viewers have to see if Tia comes Oberoi mansion to marry Shivay, or frames Anika in bad light of her absence, whether Shivay marries Anika to save his reputation when Tia back outs…. Keep reading here for more.