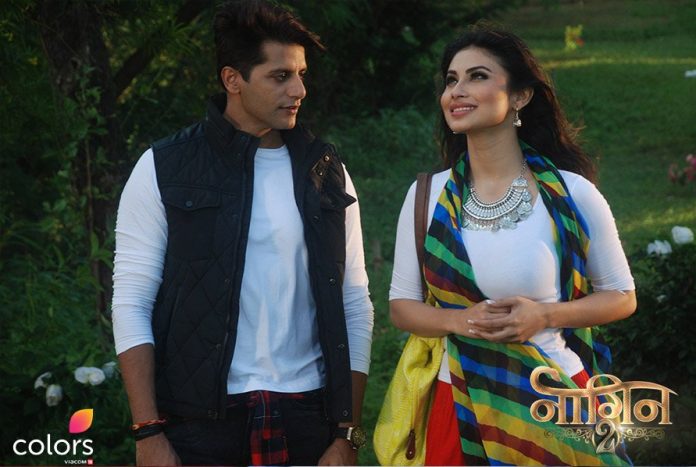 Rocky showers love on Shivangi. He gets the food for her and sits to feed her. Shivangi does not trust him and makes excuses to send him away. Even then Shivangi is believing his love gradually. Shivangi has attacked Vikram.

Shivangi tells Vikram that she will kill him and take her mother’s death revenge. Shivangi bites Vikram, and he falls down from the terrace. Vikram is rushed to the hospital. Rocky and Yamini are worried for him. Vikram dies and this becomes a fearful shock for Yamini. Yamini is scared of Avantika’s death, as he is Maheshmati Avantika’s husband. She tells Rocky that Avantika will not bear this shock and hugs him. Yamini sheds crocodile tears. Yamini goes home and scolds Sesha, holding her responsible for Vikram’s death. Sesha tells Yamini that she was with her at the time of Vikram’s death. Sesha calls someone, which shocks Yamini. The eighth killer is not known to Shivangi. Yamini asks the man to leave, as their enemies should not know him. Yamini calls Sesha mad to invite risk. Yamini is happy that two of their group members are killed, as she has more chances of getting Naagmani now.