Its Shivay and Anika’s reception party. The media are present as its Oberoi’s high profile party. Shivay makes an entry and media asks him to introduce his wife. Shivay asks them to welcome his wife, Mrs. Tia Singh Oberoi. Tia gets Anika inside and walks to Shivay.

Anika cries seeing Shivay with Tia. Tia holds Shivay’s hand and stands with him, to get the pictures clicked. Anika gets leaving from the party to hide her tears. Dadi stops Anika and takes her to Tia. Dadi scolds Tia for snatching Anika’s rights. She gets angry on Tia for being shameless to agree to Shivay and not thinking of Anika. She asks Tia how can she take Anika’s place. Shivay argues with Dadi and says I can’t accept Anika as my wife. Dadi thought she has resolved the matter, but after Tia’s entry, there is a new problem. Shivay can’t see Anika going away from him, but could not sort their differences. The family makes the room decorated for their wedding night. Dadi explains Shivay and Anika to stop fighting, as they are husband and wife now. Dadi has accepted Anika as Oberoi’s bahu. Dadi says just Anika can manage Shivay and their family.

Anika decides to stay back just for Dadi’s sake. Dadi’s words on marriage get understood by Anika. When Tia tries to stay with Shivay in his room, Rudra insults Tia and makes her leave. Dadi asks Shivay and Anika to be together. Anika can’t stand Shivay’s misbehavior in the past and leaves from the room. She reaches the pool side and weeps. Shivay follows her to see if she is fine. Shivay and Anika are united by the fate. 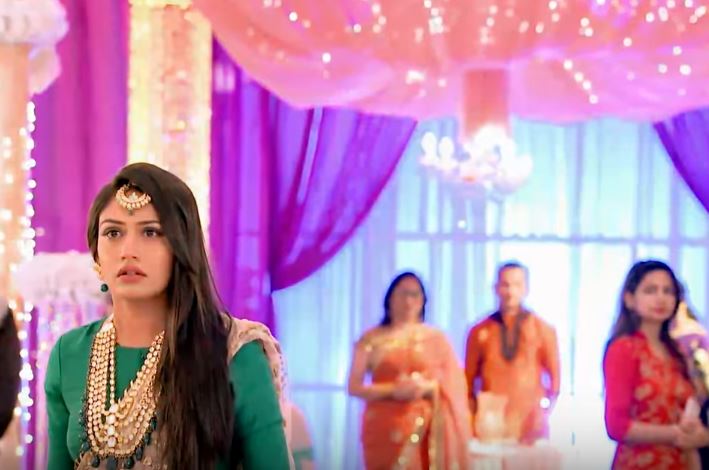 But the situation between them is bad. They are close, still very far. Anika cries and spends the night thinking of Shivay’s bitterness. Shivay keeps himself occupied in work. Shivay sees Anika crying and feels bad. Anika is upset as the marriage did not happen by her will. Anika values marriage a lot and gets emotional.

Anika is irritated as she had to marry for Sahil’s life, which was at stake. Shivay sees Anika sitting near the pool and sleeping in cold atmosphere. Shivay removes his coat and covers her up. Shivay has mixed emotions. He is caring towards her, but acts rude to her. Anika forgets to wake up for the ritual in morning. Shivay tries to wake her up and tries many things to make her awake. Anika wakes up and goes to do the ritual. She greets Dadi. Dadi tells her about the rituals and gives her clothes for the rituals. Anika heads to the room to get ready. Shivay is still angry on Anika. Shivay and Anika give tashan to each other. Shivay asks Anika to change and leaves from the room. Dadi keeps reminding Shivay the importance of marriage. When Anika comes for the rituals, Shivay gets mesmerized seeing Anika. Keep reading. 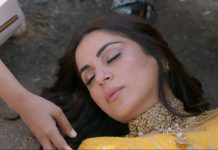