Satpal informs Imaan about Sartaj and Indira. He tells Imaan to come and talk to Sartaj about accepting Harleen, who has been waiting for Sartaj since 17 years. Imaan lands in Sartaj’s house to talk to him.

Imaan tries hard to explain, but he fails to convince Sartaj to keep up his marriage with Harleen. Sartaj is in love with Indira, and does not know the trap laid by Indira. Sartaj’s Bau ji gets in dilemma to support Sartaj or Harleen. Satpal and Veera support Harleen and feel much bad over Sartaj’s step. Sartaj decides to leave the house, as Indira’s plan. Harleen stops Sartaj and decides to leave from Singh house herself.

Salim is tensed and tries to destroy Imaan’s letter, worrying that Nazneen can get that. Salim asks Imaan to destroy the letter, but he misses the letter after keeping it in the trunk. Mrs. Khan gets that letter and hands over to Imaan. Salim makes Imaan destroy the letter. Imaan talks to his mom when the Nikaah arrangements are getting done at home. Mrs. Khan asks Imaan to speak out truth to Nazneen before the Nikaah. Imaan takes a tough decision to tell Nazneen about Nandini. Imaan tells Nazneen about his infidelity. Nazneen gets angry on Salim for hiding this matter till now. Nazneen feels cheated by Imaan and Salim. What will Nazneen and Harleen decide for their lives now? Keep reading. 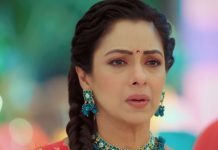 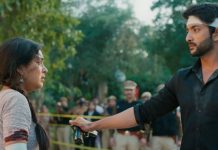