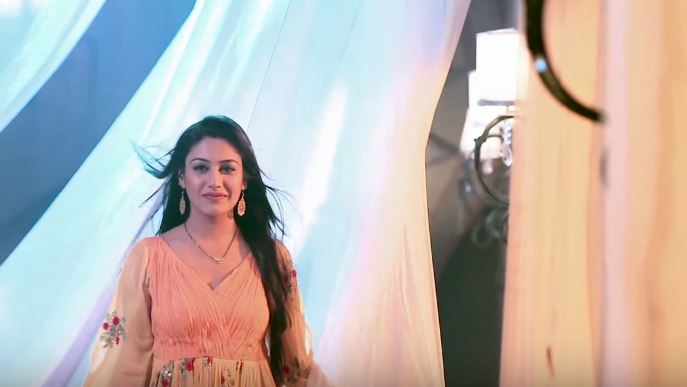 Shivay asks Omkara to speak out the truth and prove Shwetlana lying. Omkara asks what’s this use of proving innocence, when there is no trust. Omkara is hurt to fall in Tej’s eyes. Omkara gets away silently. Tej feels Omkara does not have any explanation as he is guilty. Shivay understands Omkara and says Omkara is silent as he is hurt at his heart, as his family is accusing him. Tej asks Shivay to stop protecting Omkara.

Jhanvi asks Tej how can he not trust his own blood. Tej wants to just believe Shwetlana. He decides to leave from the house. He says there is nothing left in my marriage, when Omkara has much problem with me, I decided not to bear this burden staying in this house, Jhanvi and my relation is done. Tej ends his marriage with Jhanvi, shocking everyone. Shwetlana gets an inch closer to her aim to split Oberoi family. Tej asks Shwetlana to come along. Shivay asks Tej not to take such big decision. Tej does not want to stay under same roof with Omkara. Shakti asks Tej not to leave home before knowing the truth.

Shivay asks Tej to stop atleast for family respect and business. He makes Tej understand to meet Chaddas and keep good business relations. He asks Tej to give him some time to sort this mess. Tej requests Shwetlana to stay in this house for his sake, and assures her that she will be totally safe.

Anika believes Omkara to be true. She asks why is Omkara not defending himself. Shivay gets angry and asks Anika not to interfere in this matter. He says Omkara is my brother, I don’t want you to come between us. She says I m not coming between anyone. He says my brothers are my life, I won’t accept anyone coming between us. She says I like this love and care towards your brothers, I have seen your loving side, you love them a lot. She understands Shivay as she also loves Sahil a lot. He says we have one thing in common, that’s love for brother. She pacifies him saying brother mean strength. He gets encouraged by her words.

Anika feels Shivay can do anything, as he has made her fall in love with him. She admits that she has fallen in love with Shivay, even though she tried to stop her emotions. Shivay’s goodness has won her heart.