Lala asks Siddhant to kill Vikram, Imaan and Sartaj to prove his loyalty to Yusuf and others. Siddhant does not feel the need to kill anyone to prove anything. Lala has named Siddhant as Sadiq, which means loyal. He made his daughter Afreen marry Siddhant, for proving his belief. Siddhant feels indebted by Lala’s favor to save his life and also by his strong belief. Lala asks Siddhant to go ahead and obey him.

Siddhant finds out a traitor in their group and informs Yusuf. Yusuf beats up the man badly and also doubts Siddhant’s intentions. He asks Siddhant to kill that man, while Siddhant gets hesitant.

On the other hand, Sartaj is spending happy time with family. He tries to win Harleen’s heart and convince her for marriage. Harleen pulls his leg and refuses to him. Veera asks Sartaj what will he do now. Sartaj says I will never lose and keep trying till I win Harleen’s heart. Sartaj’s positivism is seen.

Shobha convinces Imaan to work along with her in NGO, but Vikram suggests Shobha to rethink on her decision to hire Imaan. Nazneen gets happy and congratulates Imaan for his new job. Imaan fights with Salim’s loss and bad memories, and upsets someone in the NGO. Shobha is sure of Imaan’s truthiness and supports him. Veera, Satpal and Arjun help Sartaj by giving him ideas to win Harleen. Will Siddhant agree to kill his brother-in-law Vikram and his best buddies Imaan and Sartaj to obey Lala? Keep reading. 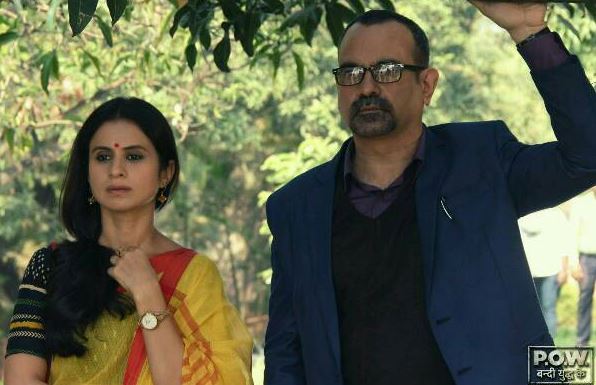