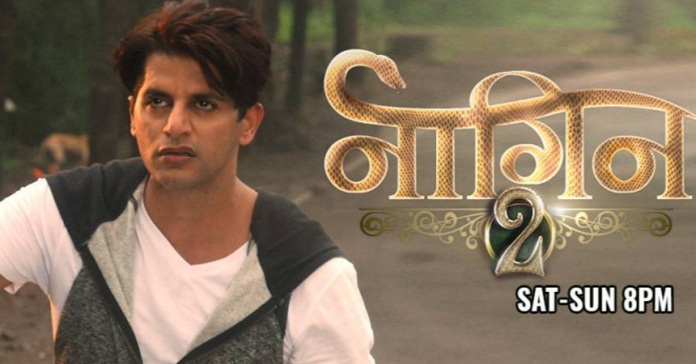 Rocky makes a plan to go out with Shivangi. He gets clothes and asks her choice. Shivangi wants to leave and has no time to go with Rocky. She has her revenge motives on her mind. She takes Naagin avatar and leaves from the room. Rocky turns and does not find Shivangi in the room. Shivangi goes to meet Rudra and asks him what they will do next after killing Yamini. Rudra says we don’t know how will Avantika die, as she is the queen of bees. He finds Sesha a powerful Naagin. He tells Shivangi that they don’t know the third murderer. They don’t know that Yamini did not die. When Shivangi returns home, she finds Rocky super worried.

Yamini went temple to get Naagmani, but got trapped by Rudra and Shivangi. Rocky is worried as Yamini has disappeared. Yamini raised Rocky. Rocky loves Yamini a lot. Since she went missing, Rocky is going crazy. He fails to get any help to find Yamini.

He tells Shivangi that Yamini raised him after his parents’ death, she has managed this family. Shivangi knows Yamini has killed his parents. She could not tell this to Rocky. He says I can’t lose Yamini at any cost. He wants to find out what happened. Shivangi is upset thinking what will Rocky go through when he knows Yamini’s truth. Sesha takes Gautami’s avatar and tries to ask Shivangi about Naagmani. Shivangi talks to Gautami about Rocky. Sesha does not want to hear anything about Rocky. Shivangi does not tell anything about Naagmani. Sesha’s plan fails.