Raman gets dressed as Gulabo and heads to Bhalla house to meet Ishita on time. He knows many applicants would have come for interview and rushes. Raman hires an auto to reach the house. The auto driver eyes Gulabo and hits auto to the tree.

Raman pays the man and looks for any other auto. Raman reaches the main gate and collides with Mr. Bhalla. Mr. Bhalla asks her who is she. He does not identify Raman. Raman gets relieved. Raman tells him that he has come to get governess job. Till Raman reaches for interview, Shagun chooses the other lady Poonam and finds her perfect to teach Pihu. Raman gets worried by losing the chance to be with Pihu.

Chandra is back in his palace. He does not know Roopa is with him, in Nandini’s place. They both romance. This turns out to be Roopa’s dream. She laughs on herself and says I m dreaming about Chandra, I m going mad in his love. Chandra comes to his room. Roopa acts weird and sings Aye Raja ji song in front of him. She tries to act like Nandini.

Baby makes Suhani have the spiked cake. Baby has added the wine in Dadi’s birthday cake. The entire Birla family eats the same cake. They all get drunk. Suhani asks them to sing and dance, to spread happiness. Saiyyam plays the song. Saiyyam calls Suhani and Bhavna on dance floor. Everyone show their dance talents.

Siddhant gets a big shock knowing of Afreen’s pregnancy. He gets in dilemma over leaving for his home country or staying back. Siddhant fights with his own conscience, and thinks of Afreen’s little brother who died years ago. Siddhant reaches the conclusion to fulfill his motives and leave. Yusuf looks for Siddhant everywhere and issues a shoot and sight command to his men. Siddhant contacts Vikram and gets an escape plan. Siddhant hides from Yusuf and his subordinates. 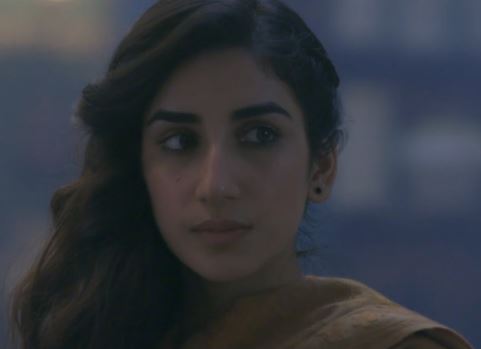 Anika acts to sleep walk and leaves from Oberoi mansion. Shivay worries on not finding Anika anywhere. He calls Anika and finds her phone at home. He scolds the servants and security guys. Dadi calms down Shivay. He feels Anika has left from home. He gets hurt knowing this. Everyone worry for Anika. Fortunately, Anika gets back home.