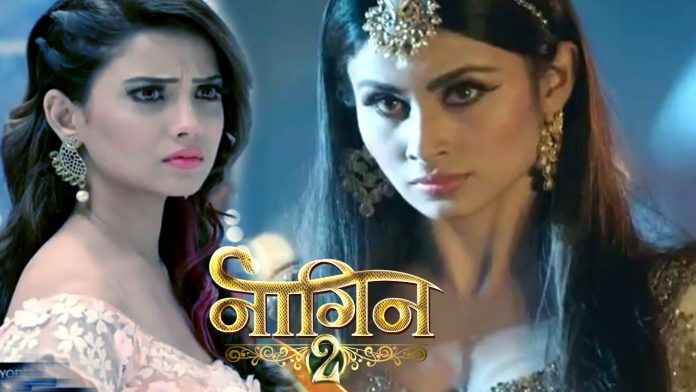 Sesha had captured Rudra in a box. She hurts Rudra and then releases him. Rudra calls her a coward and asks her why did she not fight with him. She says I have freed you now. He says I know you don’t need Naagmani, you are interested in Rocky. She says you know a lot, so you are given a life. He asks what will I get in return. She asks what do you want. He asks her help for getting Shivangi. Rudra has joined hands with Sesha. Their friendship starts by an agreement. They both will separate Rocky and Shivangi now.