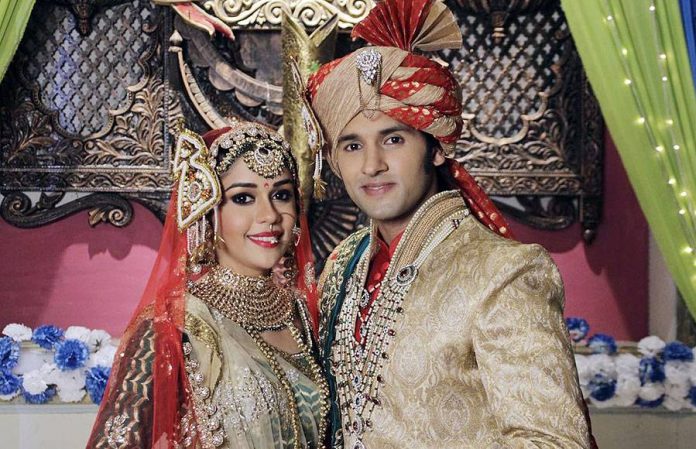 Laila blames Naina in the party and scolds her for having bad character. Raja shouts on Laila and asks what is she saying, how can she have such filth in mind against innocent Naina. Raja beats up the reporter who taunted Naina. He gets provoked by Laila. Media Reporter asks Raja who will marry such ill character girl. Laila says no one will support Naina now.

Raja gets thinking and takes a big step. Raja breaks the wooden furniture and pours kerosene. He ignites fire. He lifts Naina and gets her there. He takes the wedding rounds with Naina, and cuts his finger to fill blood in her hairline. Raja has done this in anger, but he has much love for Naina in his heart. Raja’s fear and sorrow have gone away. Raja got happiness and hope. He visualizes his future with Naina. Laila gets angry seeing Raja marrying Naina. Laila’s plan gets backfired. Her evil plan made Raja marry Naina. Naina gets shocked and speechless on Raja’s move.