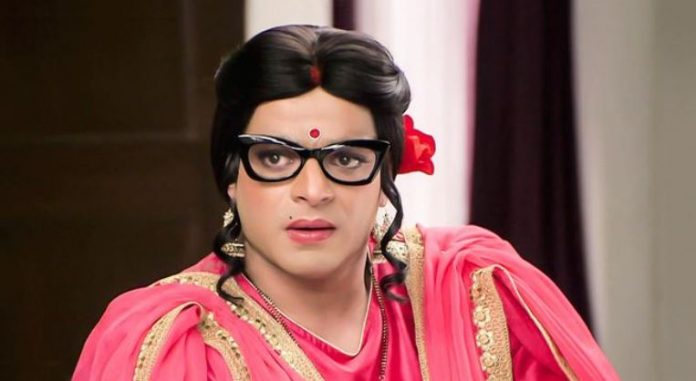 Ishita doubts that someone is behind the conspiracy to separate her and Raman by all the wrong happenings. Mani is glad that Ishita has high belief in Raman, and their love is very strong to withstand all such plottings by Niddhi. Even then, Mani is troubled knowing Niddhi is after all this. Mani could not tell Ishita anything. Romi fails to get Raman’s bail done. Raman gets bailed out, and wonders who did his bail. Romi tells him about the office problem.

Ishita goes to the pub to check the CCTV footage to know who spiked Raman’s drink. Raman yells on Adi to lose the important contract. He feels angered to suffer such a big business loss. Romi pacifies Adi. Ishita checks the CCTV footage of the pub. She gets to see Gulabo spiking Raman’s drink. Niddhi dressed as Gulabo ruins Raman’s efforts.

Raman as Gulabo meets Pihu. Pihu apologizes to Raman for leaving from the car. Raman is glad that Pihu is fine. He thanks her for trusting him. Raman gets busy in work. Niddhi waits for Ishita to come home and fire Gulabo. Adi tells Ruhi about the tender rates and how they lost the contract.

Adi does not manage business and feels his decision will be wrong again. Ruhi helps Adi in work. Ruhi advises Adi on rectifying the order. Ishita tells Shagun that Gulabo was there in CCTV footage and she is behind the conspiracy. Ishita and Shagun catch Gulabo and confront her for spiking Raman’s drink. Raman worries and is trapped in his own plan. Niddhi recalls how cleverly she has framed Raman. Ishita feels hurt as Gulabo has broken her trust and fires Gulabo from the job. Pihu asks Ishita not to fire Gulabo, she is really good. Raman fears Pihu can say truth. Raman signs Pihu not to tell anything and sends her. Raman asks for some time to prove innocence. Ishita does not listen to Gulabo. Niddhi jokes on Gulabo’s state.