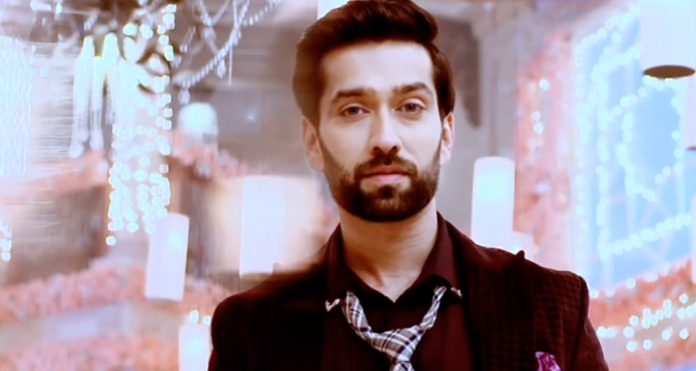 Shivay smartly uses the pebbles to find out the exit way. Everyone finds Shivay’s cooking different. Fake Shivay manages to fool them. Pinky tells Dadi that she has kept the jewelry in the locker. Fake Shivay gets the keys to steal the jewelry. Fake Shivay manages to trick Pinky and steal the jewelry from the safe. He then changes the jewelry with the duplicate one. He is sure Oberois will not understand the fake jewelry. Shivay succeeds to get through the current lines, but gets hit by a big boulder. Anika senses Shivay’s pain and could not understand it well as she sees Shivay at home. She asks him where did he go.

Fake Shivay thinks of the excuses and lies to her. He fails to answer well. She gets a doubt. He asks her why is she questioning him. He gets irritated by her questions. He asks what’s her problem, she always questions him on his every doing. He gives a rough clarification. She apologizes to him. She tells him she was worried for him. He asks her not to disturb him in kitchen, he will cook for Pinky himself. He refuses to take her help. He sends her. Dadi and Shakti ask Soumya to join them for breakfast. Soumya wonders why was Shivay in Pinky’s room. She thinks maybe Shivay had some work.

Shivay gets upset as his plan to escape fails. He shouts to get an answer from the people who confined him. The lady tells him that someone has confined him and she can’t say any details. He gets helpless and asks the lady to tell him where is he, why is he confined here. He gets help by a lady. The lady gives him a phone. Shivay calls home. Fortunately, Anika answers the call. Fake Shivay’s plan to rob the jewelry fails.