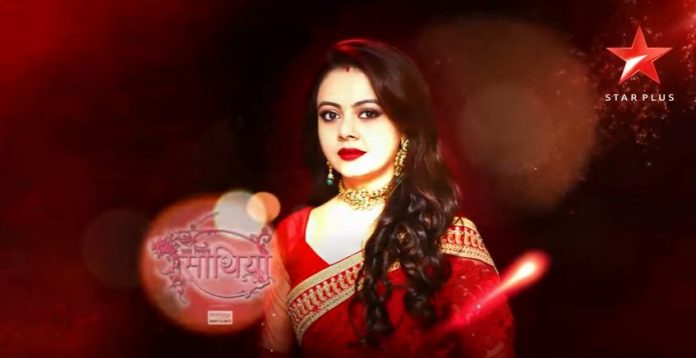 Ricky has left Modi house. He goes to a pub and dances with girls. He celebrates his freedom. Its Ricky’s last night in India and he is going to leave soon. He drinks alcohol and enjoys. He falls drunk. He has no money to pay the bills. The manager asks him to pay bill. Ricky forgot that he does not have money. He says Mother India Gopi Modi will be paying the bill. Ricky asks him to take money from Modis. He describes the family as rich and irritating dramatic family.

Jaggi calls Ricky. Manager attends the call. Jaggi asks for Ricky. Manager says he is much drunk and naming Gopi Modi here. Jaggi says I m his family, tell me pub address, I will come and pick him. Jaggi and Gopi come there to take Ricky. Ricky leaves from there asking manager to collect the money from Jaggi. Jaggi sees the long bill and asks him did he drink so much. Gopi and Jaggi ask manager where is Ricky. Manager tells them that Ricky has already left. Gopi tries to find Ricky. Will Gopi stop Ricky from leaving? Keep reading.