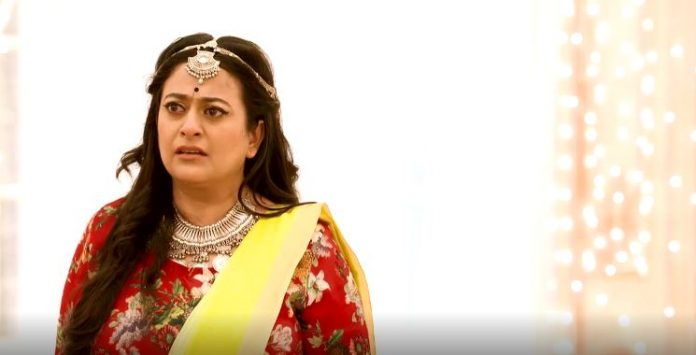 Pinky has developed hatred for Anika, after seeing Shivay giving more importance to her. Pinky gets glad to know Anika is not a businessman’s grand daughter. Shivay does not confide with Pinky about the new-found info. Pinky taunts him to embarrass him and make him speak out the truth. Shivay worries when the family keeps Kulgotra puja again. He stops Pinky from keeping the puja. He admits that Anika does not belong to businessman Bajaj’s family. Pinky comments on Anika’s family line. Shivay does not care to find out about Anika’s family line, as he realized the person’s worth is more important than valuing blood and surname.

Shivay speaks out his concern towards Anika. He talks to Rudra and finds his own thinking so short to run after person’s surname rather than the person’s goodness. Shivay then decides to give the world’s happiness to Anika, making her forget all the sorrows and agony she has went through in her childhood. Shivay and Anika have a cute moment, when he over feeds her, recalling the bad hunger days of Anika’s childhood. Pinky misguides Shivay by a wrong lead about Anika’s mother. Shivay follows the lead and reaches an odd place, only to know what Pinky wants him to see. Pinky tries to project Anika’s mother to be a cheap character woman, so that Shivay hates Anika and her birth. Will Pinky succeed in her dirty plans? Keep reading.