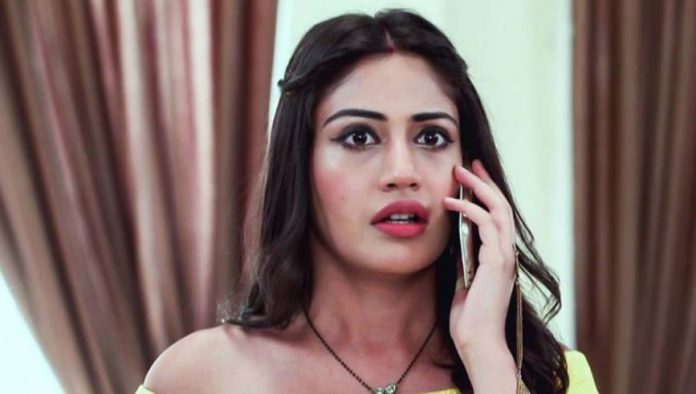 Shivay asks Pinky to make Naintara get away from Oberoi mansion. He does not know if Anika is mentally prepared to accept the dark truth of her mother, that she is a bar dancer. Anika’s father info is not known even to Naintara. Shivay gets a big shock realizing Naintara’s bad character. Shivay threatens Naintara of police and asks her to leave. Pinky pays more to Naintara, and reminds her to trouble Anika and Shivay, by staying in the mansion and bringing more disgrace for Oberois. Shivay asks Pinky to help him in getting rid of Naintara. He succeeds to keep Naintara and Anika away for some time.

Anika happens to watch the breaking news, where the media tampers Shivay’s image for marrying a bar dancer’s daughter, whose name and blood is not known to anyone. Anika asks Shivay why did he hide the truth, if her background does not matter to him. Shivay wanted to hide the matter so that she does not get a shock on knowing about Naintara. Anika thinks about informing Shivay about his real roots, as he is actually Kamini’s son. Anika realizes Mahi’s truth can emotionally break down Shivay. She also fears Pinky who would lose his son after the truth gets revealed. Will Anika get justice for Mahi? Will Shivay find out Pinky’s devious plans against Anika? Keep reading.