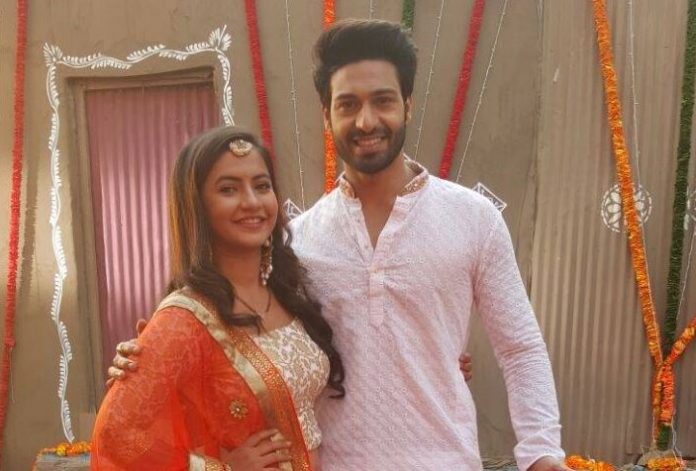 Vivaan and Ragini are increasing their tortures. Tejaswini gets the villagers to their office to deliver the guns. They insult Tejaswini. Tejaswini asks them for half day leave for all villagers. Ragini asks in whose marriage is she going that she wants leave. Vivaan says villagers are already working slow, why do you want leave. Ragini says there is no festival happening. Tejaswini says it’s about devotion of villagers, if you stop them from attending puja, they will not be focus in work. She tells them that Chakor has kept the puja. Vivaan and Ragini agree for the puja and permit the leave. Vivaan says puja will happen in haveli lawn, so that villagers are in their clutches. Ragini asks her to go and prepare for puja. Tejaswini blesses them.

Imli prays in the puja. She wants to get Vivaan back. She says Devi Maa knows what I m going through, do something that Vivaan comes back to me and leaves all the wrong doings. Vivaan sees Imli in the puja and gets mesmerized seeing her. He thinks of their special memories. Chakor observes Vivaan and understands he still loves Imli a lot. Chakor also prays that Imli and Vivaan get together.

Vivaan does not want to miss Imli. Vivaan gets angry recalling Suraj and Imli’s affair. He asks Imli why is she doing drama to pray for him, when she did not think twice before cheating him. Imli runs to stop Vivaan and falls in his feet. Vivaan leaves along with Ragini. Chakor consoles Imli. Chakor has kept the puja to distract Vivaan and Ragini, so that Ajay and Suraj can raid the haveli and godown. Chakor, Suraj and Ajay try to find clues to ruin Vivaan and Ragini’s business.