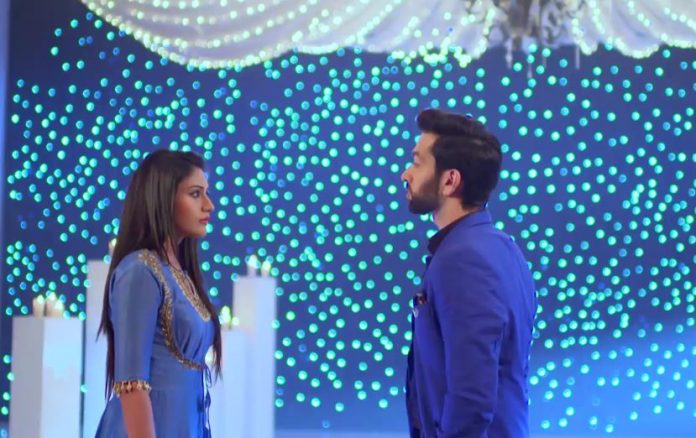 Shivay heartily apologizes to Anika. Omkara and Gauri succeed to bring them closer. Anika asks Shivay not to talk about the matter again, as she can’t fight with him ever. She suggests they should better forget this matter. Shivay tells her that his breath stops when she comes in front of him. He expresses his feelings to her clearly for the first time. Shivay and Anika’s romance is seen. Anika gets too nervous by his love confession. Pinky threatens Anika about making Shivay away from her. Pinky reminds her condition to Anika. She expects Anika to upset Shivay and leave the house.

Shivay surprises Anika with his special and lovely arrangements for their romantic union. He wants to take their relation to next step. He tries telling her about their special moment. He asks her to celebrate their togetherness. Anika does not understand what he means. She says our marriage functions are happening, what else do we need to celebrate. Shivay does not know how to explain her. She thinks he has signed a big business deal and wants to celebrate. Shivay gifts her nightwear. She refuses to wear the nightwear. She feels shy seeing such clothes. He asks her to wear it and come. He insists her. She finds a way and wears the nightwear over her normal clothing. Shivay gets surprised by her innocent indulgence. Anika runs out of the room to stop him.