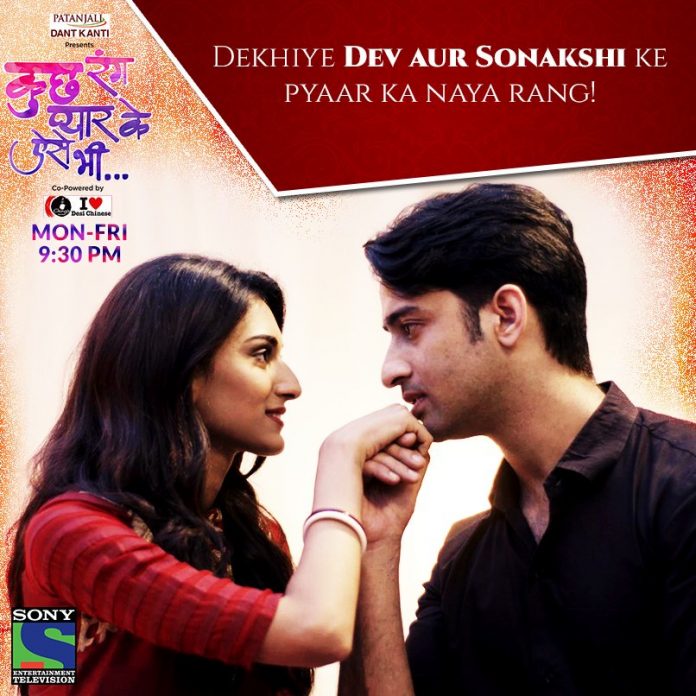 Sonakshi gets jealous seeing Dev getting engaged with Nisha. She tries to hide her pain from Dev. Nisha observes Dev’s behavior on seeing Sonakshi. She realizes Dev and Sonakshi’s love. She gathers everyone to confront Dev in front of them. Nisha asks Dev and Sonakshi about their relation. Nisha wants to know if Dev still loves Sonakshi. Dev and Sonakshi get speechless. Ishwari did not know her plan will work out like this. Nisha cancels the engagement with Dev.

Dev and Sonakshi’s life is coming on track. Dev proposes Sonakshi and confesses his love to her. Sonakshi and Dev have a special romantic moment in the rain. Dev asks Sonakshi to say what he wants to say. Sonakshi accepts she loves Dev too. They both confess love and have a hug.

Asha asks Bijoy to have a good relation with Dev. She tells him that Dev and Sonakshi decided to remarry, he should call Dev and invite him here, ego won’t help anyone, forget the past, everything is getting fine. She is sure if Bijoy takes a step, Dev will take ten steps towards Bijoy. She tells him to end the gap. Bijoy says I did not stop Dev from coming here, he can come without any invitation. Asha requests him to make a call, so that Dev too accepts him heartily. She does not want Sonakshi and Dev’s happiness to get less by Bijoy’s annoyance.

Elena meets Sonakshi and hugs her, congratulating Sonakshi for the re-union. She asks Sonakshi how Dev proposed and what happened there. Sonakshi tells Elena that she has proposed Dev in a filmi way. Ishwari is also excited for Dev and Sonakshi’s new start. Ishwari hugs Sonakshi. She is very happy as her wish has come true. Ishwari blesses Sonakshi and Dev.