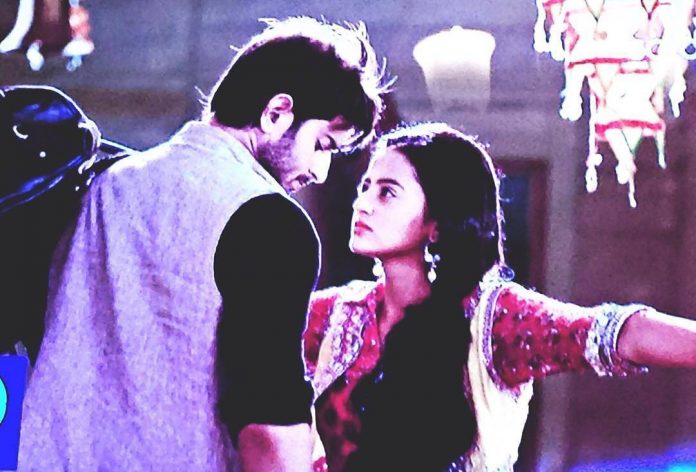 Kusum Sundari announces Menka and Vardaan’s marriage. Vardaan agrees to marry Menka to get the election ticket for Kusum Sundari. Vardaan promises Kusum Sundari of accomplishing her dreams. Devanshi ties up Menka and shoots at her. Vardaan comes to Menka’s rescue. He asks Devanshi what is she upto. Devanshi says I will do what I like. She shoots beside Vardaan and scares him. Devanshi has become Kalki and tortures Menka.

Menka was thinking some plans against Kalki. Devanshi keeps the apple on Menka’s head and shoots at her. She scares Menka. Menka runs away. Devanshi wants to fail Kusum Sundari’s plan. She makes Vardaan her personal servant and makes him do much work. She asks Vardaan to clean the well. Vardaan obeys her. Devanshi falls in Vardaan’s arms. Vardaan asks Kalki why does she not save herself and fall in front of him again and again. Devanshi scolds him. Devanshi does not want Menka and Vardaan’s marriage to happen.