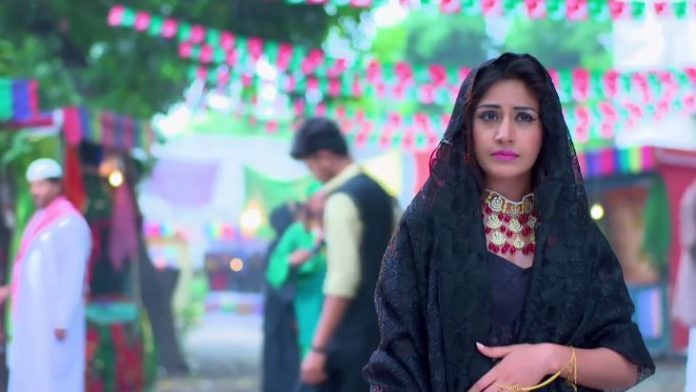 Anika has come back to Oberoi mansion. Shivay gets much angry hearing Anika flirting with someone. She always used to be silent. She has become bold now. She is trying everything possible to get Shivay back. She asks Rudra to give her the car, as she has to meet someone special. Rudra says you always go on scooty. She says I have to make an impression on someone special, I want the car. Rudra and Shivay ask her to take the car.

Anika gets the keys and leaves. Rudra says she was talking to someone on phone just now and she is going to meet some guy, don’t know what happened to her, how can she change so much. Rudra is helping Anika in getting Shivay. Shivay asks Rudra not to worry and let her do anything. Shivay goes and gets busy in work. Anika disturbs him. Shivay asks her if she wants anything. She says its my house and I can go anywhere. She likes the weather and wishes it rains. She does drama to fall in the pool and shouts for help.

Shivay runs to her and holds her hand to save her. Anika knows Shivay loves her, and he has always been her savior. She knew he will be moved seeing her in risk. She takes his test and he passes. Shivay tells her that he hates her. She sees Shivay wearing their engagement ring and realizes Shivay is only hers. Anika smiles happily as her plan is working. She gets the signs of their love. She finds her mangalsutra in Shivay’s room. She gets emotional seeing her mangalsutra.