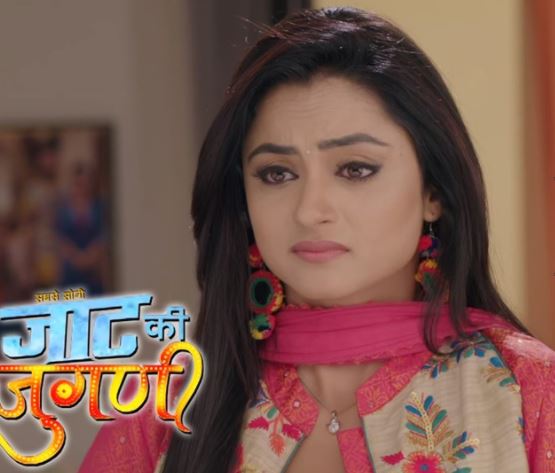 Munni gets afraid and sheds tears. Bittu meets her and pacifies her fears. Bau ji has played the game by using the kundli thing. Bittu asks Munni not to worry for his life. Bau ji tells them that they got married, but Bittu has a life risk. Bau ji is doing this to separate Munni and Bittu. Bittu says I have come and will manage everything. Munni takes a decision to get away from Bittu. She tells him that their marriage decision is wrong, the pandit told everything true about my life, he said about the kundli dosh, I don’t believe all this, but I can’t risk your life.

Bittu asks her not to care for all this, till they are together, no kundli dosh can affect them. Munni says I can’t ignore this, as everything happened wrong after our marriage. Bittu thinks maybe this is some plan of Munni’s family. Munni fears that her marriage will be ruined. Bittu tells Munni that everything will get fine. Munni says I have to choose between love and family, forgive me, I know you will be very much hurt, but I have to choose your life. Bittu tries to convince her a lot. He really loves her and stands by her. He respects his decision and tells her that he will leave if she wants this. Munni hugs Bittu and cries. Bittu makes a leave.