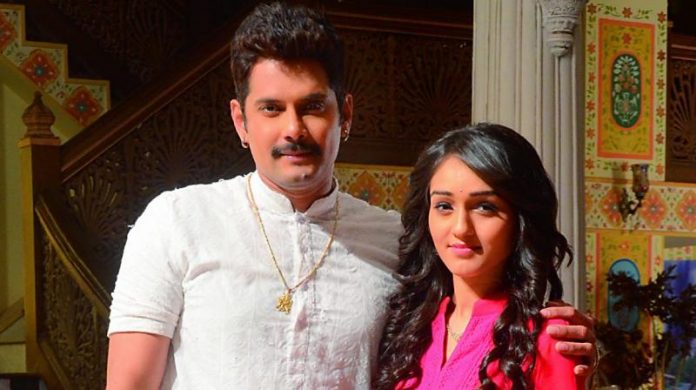 Meera wants to expose Karan in front of Dharam. Karan has got obsessed with Meera. Meera gets annoyed seeing her name tattoo. Karan forces her to come with him, and leave Dharam behind. Meera refuses to him. Karan hurts Meera. He shows his psychotic side. He asks Meera to come with him if she wants Dharam alive. Meera tells him that Dharam is brave and will not let him succeed. Karan plans to kill her family and take her away. Karan calls goons to kill Dharam. He wants to unite with Meera.

The goons catch Dharam. Dharam gets a shock knowing Karan’s intentions. Dharam fights with the goons. Shravan acts to faint to divert the goons. Vidya calls police. Meera hits the flower vase on Karan’s head. She runs to the room to save herself. Karan follows her and breaks the room’s door. Dharam comes to Meera’s rescue and beats him up. The police comes and arrests Karan. Meera and Dharam fail Karan’s plans. Meera slaps Karan and scolds him. Karan rages and tells them that he will take revenge.