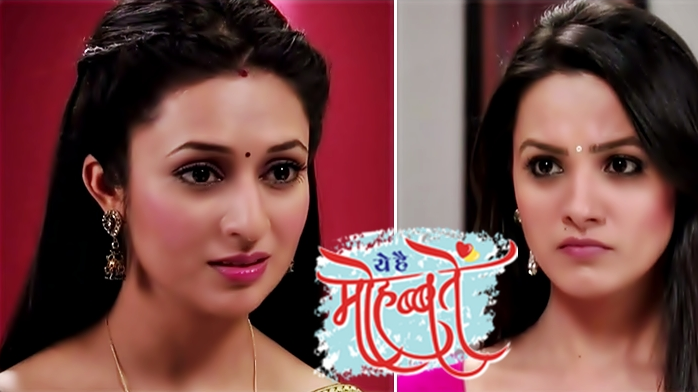 Ashok and Taneja plan to kill Shagun, knowing she is getting her memory back. They send a snake charmer at the Bhalla house. The man fools Pihu and gets an entry home. Pihu takes Shagun to meet that snake charmer. Shagun asks the man to leave. The snake bites Shagun. In no time, Shagun gets critical. Pihu informs the family about Shagun’s miserable state. Raman and everyone panic seeing Shagun’s state. They all call the doctor and take necessary first aid steps to prevent the poison from affecting Shagun. Raman fails to get any doctor.

Ishita sucks the poison from Shagun’s body. Aaliya informs Adi about Shagun’s bad state. She asks him to come home. Ishita saves Shagun’s life, but falls ill by the poison. Nikhil and Raman catch the snake charmer. Nikhil asks Raman to go home and takes the man to the police station. Doctor treats both Ishita and Shagun. Shagun learns about Ishita saving her life by sucking the snake poison. She feels indebted to Ishita. She wonders why did a neighbor risk her life to save her. Raman tells the family that police will find the person behind this snake conspiracy.

Ishita tries to find out who has killed the watchman. Raman gets doubtful about Adi. He asks Adi to confess or share anything if he wants. Inspector comes home to arrest Raman. The snake charmer blames Raman for the murder attempt on Shagun. Ashok cleverly accuses Raman. Inspector tells Ishita that Raman’s bail will be cancelled. Ishita learns that snake charmer is lying to them, but the investigation will take much time. He asks Ishita to be alert, someone wants to trap Raman. Raman lands in lockup. He feels to keep silence in order to save Adi. Raman thinks Adi is behind all this. Ishita tells Raman that inspector has kept him in lockup for his safety. Ishita tries to know entire truth from Ruhi and Adi.