Suraj had convinced Chakor for marriage with difficulty, but Chakor has refused to him again. Suraj gets mad on Chakor. He says how can you be so stone hearted, you sometimes say yes and sometimes no, can’t you see how badly I m shattering. Chakor breaks his heart again. She is worried for the village kids. Suraj does not want to listen to her silly excuses. Chakor and Suraj get into an argument. Chakor tells him that she can’t marry him. He asks her does she think his love, his life and his dreams are some joke. Suraj feels Bhaiya ji has changed and is happy. He asks Chakor to see Bhaiya ji’s happiness for them. He asks her not to doubt on Bhaiya ji’s intentions now.

Bhaiya ji threatens Chakor. He says Chakor and Suraj’s marriage will be so grand that entire Aazaadgunj becomes part of it. He says we should invite the kids too, the kids also love Chakor, and they should be here. Suraj does not understand Bhaiya ji is warning Chakor indirectly. Chakor realizes what Bhaiya ji means to say. She refuses to Suraj’s proposal again. Chakor leaves from the haveli. Suraj throws things angrily. Vivaan stops Suraj and tells him the truth, that his dad is his love story’s real villain. Vivaan calms down Suraj. Suraj asks Vivaan what is he saying, he should mind his language. He says Bhaiya ji has changed, he wants to see entire family together, he is not like before. 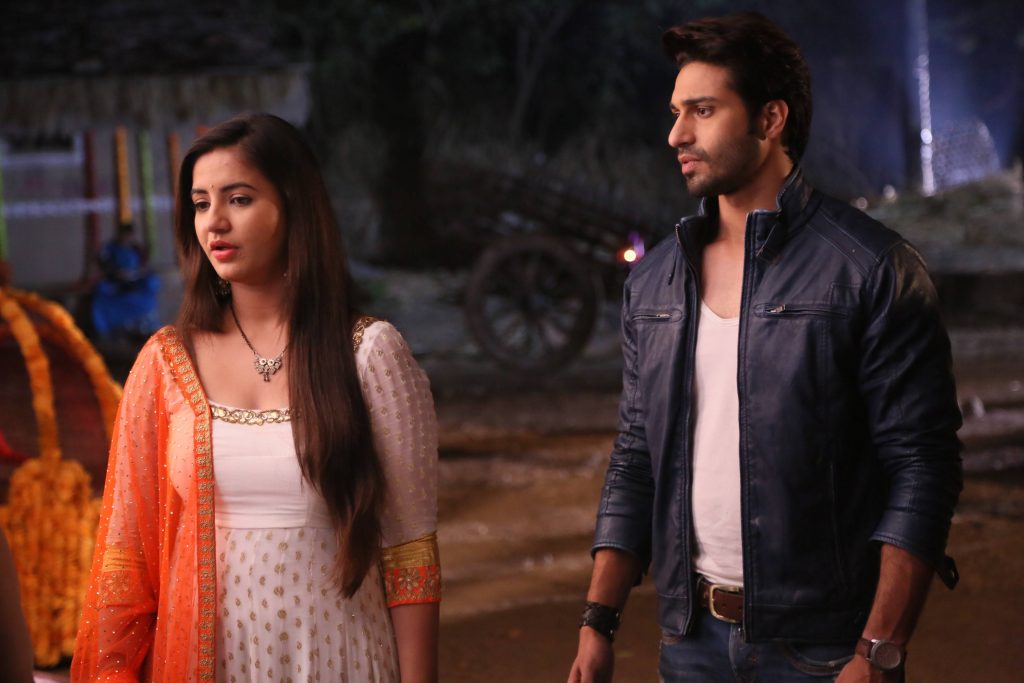 Vivaan says he wants to show our family is united and happy so that his image gets clean, he wants to get political rule in his hand, he wants to make you stand in elections, he is doing this good family man drama to make you win the elections, he does not love anyone, he just loves politics, he wants to use you and achieve his dreams. Vivaan tells Suraj that Bhaiya ji has kidnapped the kids and is blackmailing Chakor. Suraj gets a huge shock. Vivaan says Chakor is helpless to do this, she is not doing this intentionally, we don’t have to confront Bhaiya ji now, we have to save the kids first. Vivaan says Chakor is totally innocent in this matter.

Suraj fumes in anger. He says Bhaiya ji is that snake which bites on getting a chance, I have understood everything, I will go and meet Chakor. Vivaan stops him from revealing anything to Chakor. He asks Suraj to make some plan to save the kids and get them back to the village securely. Chakor’s helplessness makes Suraj worried. Suraj realizes Chakor’s love is true and feels sorry to shout on her. Suraj says I will not leave that snake now, this time he will not be forgiven by me and my mum, I forgot his nature can never change. He thanks Vivaan for revealing this truth to him and saving his belief on Chakor from breaking. What will Suraj do now? Keep reading.