Naamkarann: Neil is annoyed with Avni. They meet at Ali’s cafe. Avni and Neil communicate indirectly by singing songs. Avni upsets him again. She tells him about his favor. He gets angry on hearing about favoring each other. Neil leaves from the cafe in anger. Avni will try to convince him again. Neil gets support of DD, while Aman supports Avni. Avni and Neil sing retro songs to express their feelings to each other. Neil and Avni dance on the old tunes.

Ishqbaaz:
Anika has got engaged to Vikram. She shows her ring to Shivay and cries. She fights with him. She has love in her heart, but refusal in words. They have refused to their love. Anika asks Shivay can he see her engagement ring. Shivay likes her ring a lot. There comes a twist. Anika tells him that lights went out when engagement was happening, and she knows he has made her wear the ring. Shivay denies it. She says I can sense your touch, you have done this engagement. He blames that she has worn the ring herself. Anika and Shivay are not able to confess love to each other. Gauri, Bhavya and Rudra doubt on Vikram, for attacking Shivay. They all wonder who has attacked Shivay. They try to find out about Vikram.

Tu Sooraj Main Saanjh Piyaji:
Maasi and Uma come to Rathi house with Teej shagun. She asks Bhabho to accept it and keep their respect. Bhabho apologizes to Maasi and says I have to think for Kanak’s happiness, you take the gifts back, I did not think of Kanak’s happiness till now, but today nothing is important to me than Kanak’s happiness, I request you not to force her with this relation, give her freedom from this marriage, I will not let you take Kanak. Maasi gets angry on this insult. She scolds Uma for this. Uma explains Maasi. 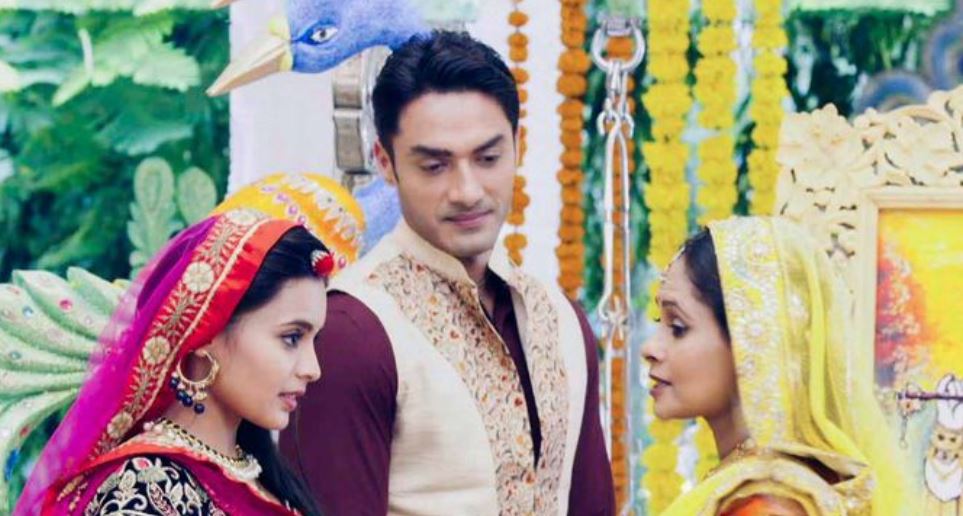 Iss Pyaar Ko Kya Naam Doon 3:
Advay fulfills the rasam with Chandni. They have challenged each other. The game is going on. He tells her that he will not let her marry Pratham. Chandni tells him that she can do anything for her parents, she will do the rasam with Pratham. Advay is much smart. He gets a chance and makes Pratham unconscious. Chandni has to keep the diya lighting on. The family tells Chandni that rasam will be abshagun if Pratham does not do the rasam. Advay lifts Chandni and takes her. She gets surprised with Advay’s step.