Everyone is dancing and celebrating Teej in full swing, as Rathi family got united again. The division wall is broken down. Meenakshi and Vikram’s misunderstandings got cleared. Meenakshi learnt that Pavan is Misri’s child. Her annoyance ended. She is very happy to celebrate Teej with Vikram after many years. Kanak and Uma too dance in the celebrations. Kanak gets surprised seeing Uma. They get a moment while dancing. They both look happy. Bhabho blesses them.

Rathi family gets to know Uma Shankar has forcibly married Kanak. Ved orders police to arrest Uma. Uma gets arrested. Police takes him in the jeep. Uma gets silent. He does not defend himself. He was adamant to take Kanak home with him. Uma thinks he has just followed Lord’s signs in choosing his life partner. Ved doesn’t allow Uma to stick to them. Kanak does not like Ved’s move. Bhabho sees Kanak wearing her mangalsutra and thinks Kanak wants to go back with Uma.

Uma’s arrest news spreads across Ladno. People asks who marries the girl forcibly by stating its sign from Lord. Kanak sees Uma’s state in the police station and feels their relation was made the wrong way, but Uma has kept the relation by heart, now she is part of Uma’s family. Kanak worries when her mangalsutra breaks down. After all the relations ended, a feeling of love enters Kanak’s heart. Uma loses his status and name in society. Will Kanak support him? Keep reading. 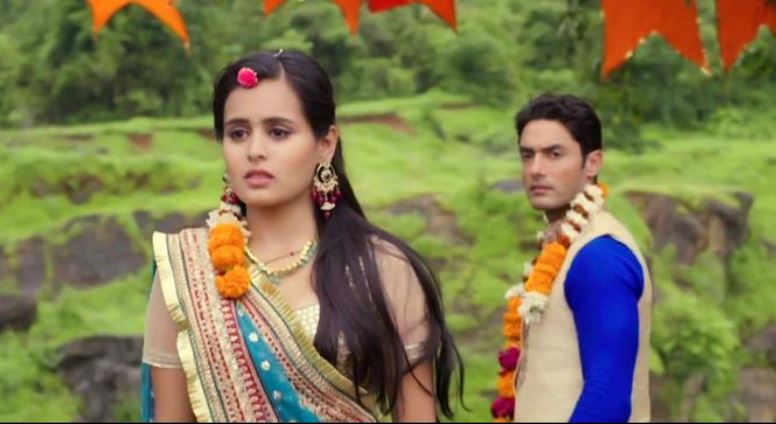