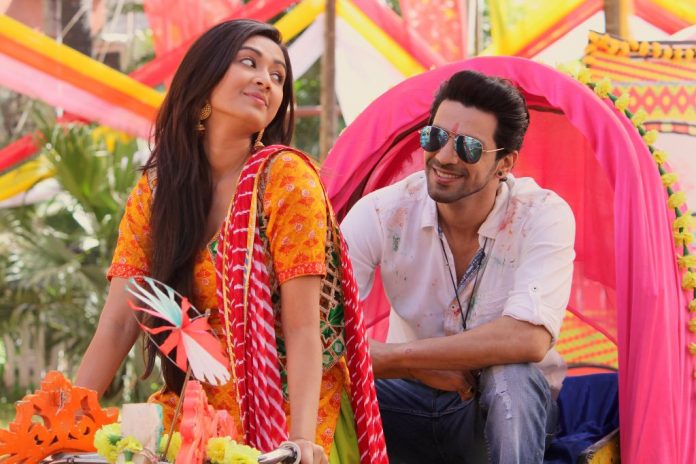 Mannu takes Amba to the panchayat to save Simran’s life. Mannu doesn’t want Simran’s marriage to happen so soon. She feels Simran should get mentally fine and decide about her marriage by her own will. Amba opposes Mannu as she thinks Simran’s life is over her happiness. Mannu realizes Simran knows something about Raman’s death that no one knows. She vows to find out the secret, that could help things get better for everyone. Mohini and Nihaal play a game and get Chandar back in Simran’s life, to break down Amba’s strength. Harjeet asks Mohini to use fair and unfair means, but not let Simran get away from their hands. Mohini asks Harjeet to just approve Simran’s marriage alliance in the panchayat.

Amba tells Sarpanch that she has found a nice guy for Simran, she feels he is right for Simran. Harjeet asks Amba to call the guy, if he is good, he will also agree. Chandar comes in the panchayat, which stuns everyone. Chandar has turned into a fake saint. Harjeet and Mohini agree for Simran’s alliance, after seeing Chandar. Raj and Mannu know Chandar’s creepness very well. They both get friendly and together again to counter Chandar. Raj tells Mannu that when they both get together, none can fail them in the world. Mannu reminds the strength of their friendship. Will Raj and Mannu’s friendship return to fight with Chandar? Keep Reading.