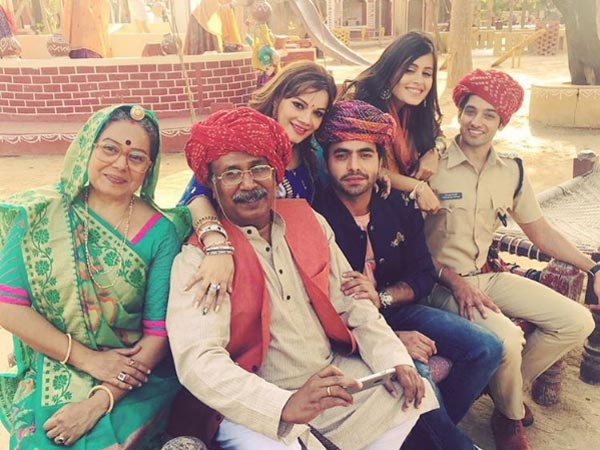 Meenakshi doesn’t know about Golu and Rani marrying without her consent. Meenakshi wants Rani to get justice from her mum in law and protests against her in laws in front of the public. Meenakshi gives a long speech. She says such mentality should end, woman shouldn’t be enemy of another woman, marriage is not a joke that can be called off like this. Rani gets worried hearing Meenakshi, who supports her being unaware that Rani is her bahu. Rathi family learns Rani’s Saas is getting Rani’s husband married to someone else. Meenakshi tells Rani that she won’t let Rani bear injustice, her husband won’t marry anyone.

Vansh calls media to cover the protests. Meenakshi sees media and gets encouraged. She says I can go on hunger strike to get justice for Rani. Rani worriedly stops Meenakshi. She shows her marriage photos to the media. Meenakshi didn’t know the truth, that Rani is Golu’s wife. She gets a big shock and catches Golu to get truth out. Golu admits that Rani is his wife. Meenakshi accepts Rani in front of neighbors and media. Rani happily dances and was sure that Meenakshi won’t refuse to them in front of media.