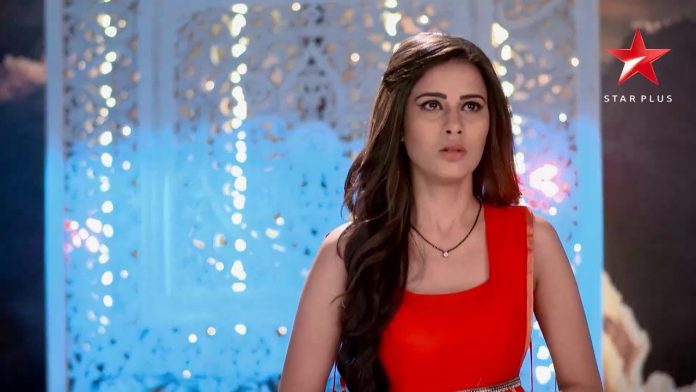 Advay expresses his hatred towards Chandni again and again. Chandni tries finding about Advay. None of the family members tell truth to Chandni. Advay hides his identity from Chandni. The family leaves for Mata Ki Chowki. Advay tells Chandni that he will answer all her questions. He fulfills kangan rasam, and tells Chandni to see who he is in reality. He shows his devilish side by throwing fire stick at thee bangles. Chandni gets a shock seeing the igniting bangles. She wonders why is her hands not burning. Advay tells her that he has applies a gel on her hands to protect her. She doubts on his intentions that he gives her pain and saves her too. He gives her a warning that she is playing with fire. He asks her to leave. Chandni tells Advay that the pain he is giving her will come back to him one day. She curses Advay.

Advay gets dizzy and faints all of a sudden. Chandni gets worried seeing him. She runs to get help for Advay. On failing to call anyone, she takes Advay to the hospital herself. She calls her sisters to take help in car driving. Miraculously, Chandni drives the car. She admits Advay in the hospital. She tells doctor that a venomous spider has bitten Advay. Doctor checks Advay and tells her that his weak state is because of one kidney. She gets a shock knowing about Advay’s surgery when he donated his kidney. He tells her that Advay is stable right now. Advay becomes a mystery for Chandni again. She sympathizes with him.