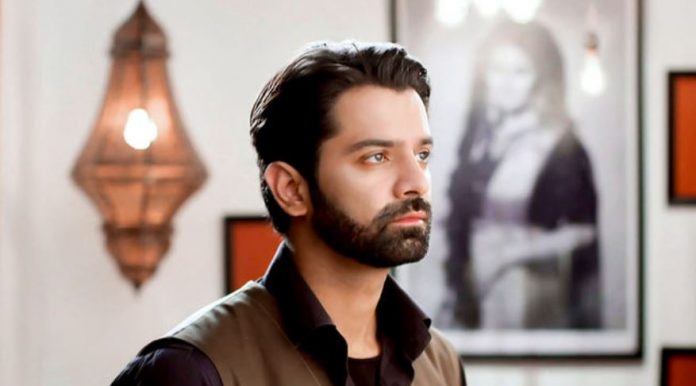 Chandni is much upset. She asks doctor to save Advay. Doctor tells her about Advay’s kidney donation move, that made his immune system weak. Chandni sheds tears knowing about Advay’s big donation. She feels helpless seeing him. Chandni stays with Advay. Advay turns stable. He asks Chandni not to control him, he takes his ow decisions. Advay leaves from the hospital, even when she stops him. Advay’s illness brings Chandni and Advay closer.

Chandni and Advay have a moment. Chandni’s first rasoi rasam is celebrated in full swing. Nani gets the dhol and asks family to celebrate. Advay is helpless because of Nani. Everyone dances on dhol music. They take Chandni along. Advay doesn’t dance with Chandni. She gets much love in her inlaws, especially by Advay’s Nani. Chandni makes mushrooms dish. Pooja tells Chandni that Advay is allergic to mushrooms. Advay plays a trick and makes Maasi slap Chandni. Maasi who already hates Chandni, gets a chance to get her anger out of Chandni. Maasi scolds Chandni for adding mushrooms even when she has told her not to use mushrooms in food. Later, Advay has added the mushrooms in the food to spoil her first rasoi rasam. Advay gets to meet the constable, who tells him that Chandni has risked her life and drove the car to the hospital to get him treated on time. Advay feels he does bad for Chandni, but she always does good with him and his family. Chandni will soon learn that Advay has donated his kidney to Pooja’s son Adi.