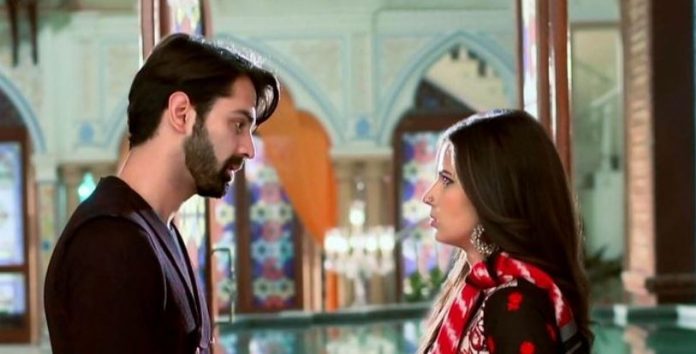 Advay thinks he has won and got rid of Chandni. Chandni makes a way home and asks him why did he not say anything, they could have sort the problems. She gets happy on getting her Dev back. Advay pushes her away from him. She tells him that she was just waiting for him. Advay tells her that she has ruined his life, she got his parents killed by her wrong testimony. He blames her for separating his brother from him. Chandni tells him that she was not known to this matter before. She defends herself.

Advay doesn’t believe any of her words, believing she is a liar. He tells her that he has bought her house to make her family homeless, he has done everything to defame her and ruin her life. Maasi asks Advay to always remember the pain and fraud given by Chandni. Nani asks Chandni to fill trust, friendship and love in Advay’s heart again. Nani is sure that just Chandni will end Advay’s pain. She asks Chandni to revive their love, by getting his poison out. Chandni tells Nani that she will win Advay’s heart by her love. Nani is sure that Chandni will win Advay’s love. Chandni decides to make Dev trust her truthfulness.