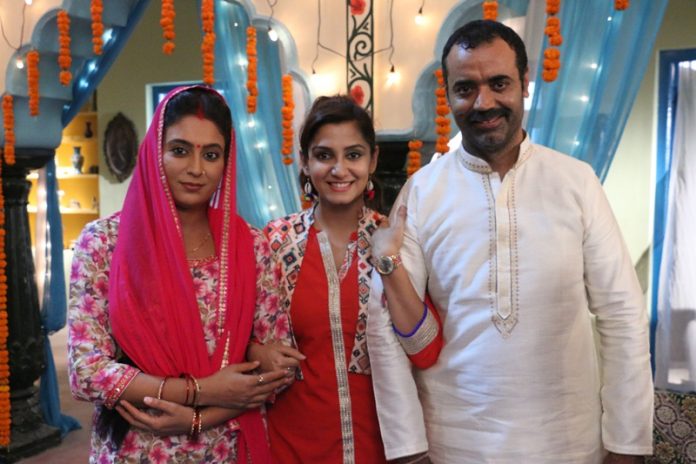 The blast occurs in the parking lot. Durga reaches there for the interview, along with Rajveer and village head. Rajveer’s friend tries to save him on knowing about the bomb planted. He also tells this to Sanjay, who rushes to stop Durga. Sanjay also suffers injuries while saving Durga. Yashpal and family gets relieved on seeing Durga fine. Durga gets in a state of shock by the blast. Everyone’s happiness turns into sorrow. Yashpal looks for Rajveer and the village head. Gayatri sees Durga survived the blast. She orders her men to get Sanjay.

Yashpal finds Rajveer’s belongings there and cries for his death. Gayatri clears her name from the blast. The villagers blame Durga once again and try to burn her house. They all get angry. Durga gets help and manages to calm the angry villagers. Gayatri gets upset on seeing Sanjay’s injuries. She was afraid to lose him forever. Sanjay tells Gayatri that Durga has real talent, and Aarti is nowhere close to her. He asks Gayatri to meet Durga. Gayatri asks Sanjay to stay away from Durga. She doesn’t want to lose him. Sanjay asks Gayatri to find out who is behind the blast. She hides her true face from him. She expresses her dislike for Durga. Durga recalls Rajveer and cries for the loss. She decides to punish herself to save her family from the villagers.