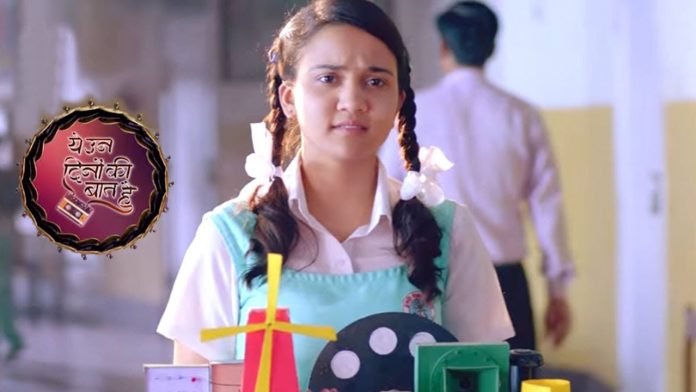 Naina and Sameer’s love will be getting a hurdle. Naina has gone against Sameer and blames him for the theft. Naina’s dad gets angry and slaps Sameer. He learns his son didn’t do the theft, but its Sameer’s fault. Naina’s dad says we got accused, as we are middle class people, rich people get everything forgiven. He shouts on Sameer. Naina tells them that Sameer had the duplicate key. She gets mistaken seeing Sameer having the key. She tells what she has seen, unaware that Sameer is innocent.

Naina’s dad says Naina has seen the keys falling from Sameer’s pocket. Sameer defends himself and tells her that she has some misunderstanding. Sameer holds Naina’s dad’s hand and tells him that he didn’t do any theft, he did not go to get exam papers. He tells them that if he has the keys, it doesn’t prove that he is at fault. He scolds Naina for teaching him first and then framing him in the theft case. They face problems. Sameer gets angry on Naina. Naina’s dad asks him not to tell anything to Naina. Sameer gets miffed with them.