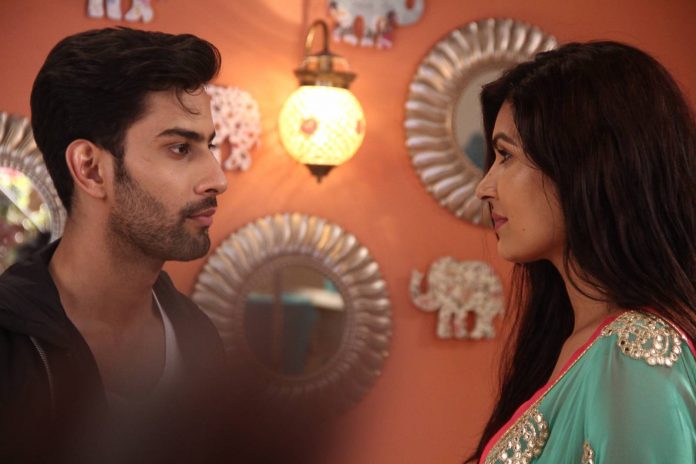 Some workers protest and blame Nandkishore when the factory catches fire. They get into a fight with Nandkishore. They pelt stones and go out of control. Nandkishore fails to explain them. Meghna, Naina and Nirmala come there and try to calm the workers. They explain the workers and stop the protest. Nandkishore doesn’t like to take help from Meghna and Naina. The sisters have left Chauhan house, but they are still attached with the family. Naina takes disguise of a maid and makes an entry home. Dada j gets a heart attack. Naina enters the house and wants to stay there to take care of Dada ji. Naina feeds the soup to him and tries to make him recover soon. Dada ji gets better by Naina’s care.

Meanwhile, Sandhya is much annoyed with Meghna. Meghna is Kunal’s boss in office. Kunal doesn’t want office to become home. Kunal explains Meghna the same. Sandhya gets annoyed seeing Kunal agreeing to Meghna’s orders. She scolds Meghna. Kunal tells Sandhya that Meghna is his boss and she can explain him work, but Sandhya can’t talk to his boss like this. He is a supportive husband and knows Meghna always takes a stand for truth. He takes a stand for Meghna and tells her that he has no issues to work as her assistant. Sandhya gets angry seeing him taking Meghna’s side. She tells Kunal that Meghna is making him mad, none can deny the fact that I gave birth to Kunal. She speaks some emotional lines.