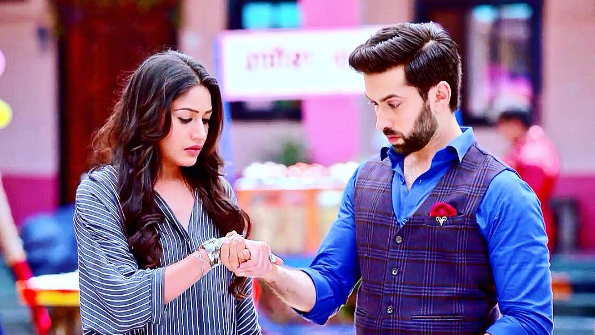 Shivay refuses to identify Anika. He introduces Tania as his wife. The family gets a huge shock on hearing this revelation. Shivay’s decision doesn’t go well. Anika tells the family that Tania is blackmailing Shivay and he is helpless to do this drama. Omkara tells her that Shivay can’t get blackmailed by anyone. Anika shows her belief in Shivay. She goes and confronts Shivay. She asks him how did he get Tania in life in just 15 days, and how did he change so much. Shivay acts totally ignorant of her. Anika doesn’t listen to him. He asks Anika to stay away from him and his wife.

He asks Anika to leave from his room. She keeps asking him how long will he do this drama. She tells Omkara that Shivay doesn’t remember anything, he knows her but he is acting such. She tells him that Shivay can’t fool her, as he is the one who can just sense her presence. She is sure that Tania is someone harming him. She wants to know why is Shivay avoiding her. He wants to make Anika sure that he has really forgotten her. He tells Tania that he has declared her as his wife and got an entry for her. Tania asks him to do as she tells him.

Anika asks Shivay to share the problem with her. He tells her that he is married to Tania. He can’t see tears in her eyes. He gives more shocks to Anika by burning her photos.

Meanwhile, Bhavya misses Rudra. She didn’t marry Manav, who is in relation with someone. He thanks her for getting his love. She thanks him for forgiving her when she left him alone in mandap. Pinky is happy that Shivay got Tania along. She wants to make Anika leave from the house. Tej and Jhanvi ask Pinky to understand that Shivay’s happiness is with Anika. They ask Pinky not to cross limits this time. Shakti gets upset with Pinky.