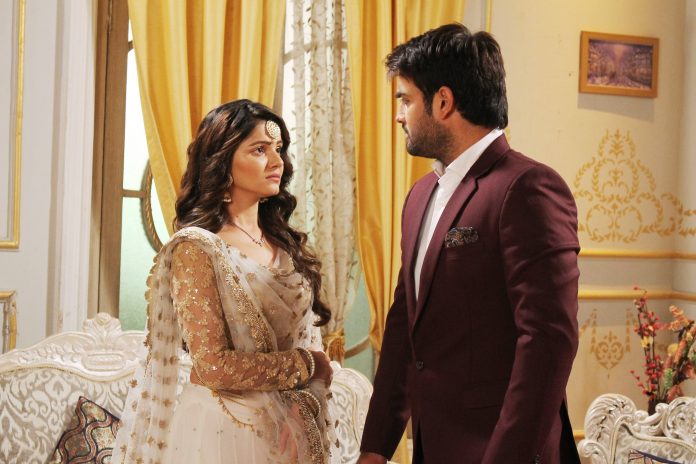 Soumya confesses her love to Harman, but the lovers can’t unite because of someone’s bad sight. Soumya tells Harman that she loves him a lot. Harman hugs her and gets much happy. He was going to take Sanyaas and reached Mata Rani temple. He has kept his marriage ring in the temple and got leaving. Soumya was worried with the news that Harman is leaving his social life. She hides from all kinners and reaches the temple to meet Harman. She tells him that she knows she has no right to love, but she loves him a lot, as much as he loves her, it was her dream to get someone like him.

Soumya was becoming Gurumaa, and then realized she loves Harman. Her dilemma got over. Their happiness shatters when kinners reach there. Saaya and kinners come there. Saaya drags their Gurumaa Soumya and opposes her relation with Harman. Harman defends Soumya and takes a stand. He protects his wife. Saaya asks Soumya to come back with them and calls her Tarana. Harman says she is my wife Soumya. Harman and Saaya get into an argument. Soumya says I m not Tarana, I m Soumya. Saaya says she is a kinner and her place is between us. Soumya tries to explain Saaya that she wants to be with Harman, but Saaya doesn’t listen. Soumya promises Harman that they all can’t keep her away from him, she will come back. Harman says none can separate us. Saaya takes Soumya with her.