Ishqbaaz: Shivay hears some people talking about love. He talks of lovers and true love. Shivay’s speech makes Anika happy. The air hostess irritates Shivay. A man gets mistaken about Anika, being his girlfriend, and creates a havoc in the flight. Anika switches her seat. She sticks as Shivay’s shadow. He calls it enough. She refuses to accept she is Anika. He catches her language and tests her. They come closer when Anika gets scared. Shivay supports her.

Singhanias welcome Kirti by all the rituals. Naira wishes Naksh settles with Kirti soon, so that Kartik can get sure of their relation. Kartik stays upset, while everyone thinks he is just missing Kirti. Manish senses Kartik is hiding something. Suwarna tells him that maybe Kartik is feeling sad because Naira also went with Kirti. Manish started understanding Kartik. He doesn’t think Kartik is sad because of Naira or Kirti. He fears the matter is something bigger. Dadi tries everything from them.

Neil and Avni miss each other. Avni thinks of him. Neil tries to find Avni. Vidyut tries to return her favor. Avni thinks of meeting him. Neil tells DD that Avni doesn’t want them to know about her. Juhi gets scared seeing a shadow. Shweta meets her. She tells Juhi that Neil can’t come, as Avni has left the house because of her. Juhi learns about their separation. Shweta tells her that Juhi told about her daughter, which made Avni decide about the relation. She scolds Juhi for snatching Neil and Avni’s happiness by being much selfish. Juhi tells her that she just wants her daughter and nothing more. Neil sheds tears in Avni’s memories. Neil and Avni’s love story gets incomplete.

Ishita explains Ruhi about live in. Ruhi lies to the family as she feels hesitant to share about her live in decision. Ishita asks her to take the right decision by understanding that she knows she is wrong, so she is not able to tell everyone. Ruhi accepts she is against the live-in with Nikhil. She changes her mind. She doesn’t want to make her family upset. She tells Ishita that she can’t ruin the family respect. Ishita feels proud of Ruhi once again.

Adhiraj tells Anami that her life is important, its his duty to secure her. He tells her how she has got the rights to decide about her stay, she can take direct help from court if anyone troubles her. Kamini hears Adhiraj. She informs Pujan about this. She asks Pujan to take some step to secure Avdhoot’s future. She fears Anami can send them to jail any time she wants. Satrupa takes legal opinion about the court order. 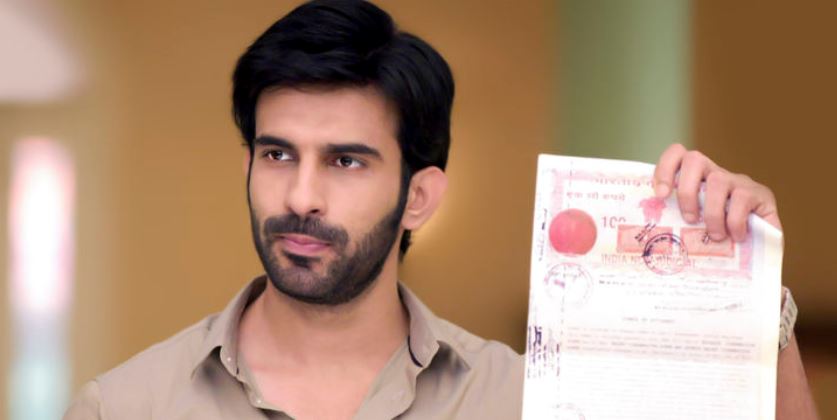 Durga prepares for her race. Annapurna, Yashpal and Sanjay pray her victory. Sanjay bets his life on Durga’s victory. Durga is sure to win the risky race. The media covers her daring act. Sanjay hides his identity. He takes a disguise and drives the truck. Everyone gets anxious to know the result of the race. Gayatri is sure the driver will kill Durga, as she has bribed him. Yashpal tries to secure Durga. Neelkant informs the driver was attacked by someone. Neelkant tells Gayatri about Sanjay driving the truck. She fears for Sanjay’s life.