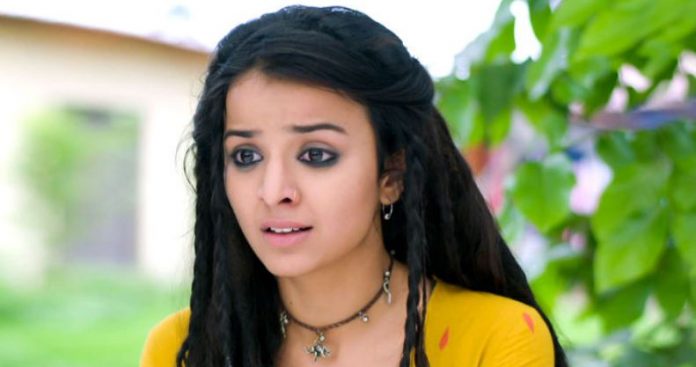 Narottam manages to lie to Adhiraj. Adhiraj gets convinced with him and apologizes. Tania gets dressed in a saree, which makes Adhiraj and Dheeru burst into laughter. Satrupa sees the business books in Anami’s room. She is glad that Anami is taking the business seriously. She asks Dadi not to worry, Anami will keep up Vatsalya’s dreams. Dadi tells her that Anami is very complicated and they have to deal with her carefully.

Anami learns Tania is Adhiraj’s sister and gets happy. She tells Tania about her family. Anami tells the family that she wants to place Maa Durga idol in Lal Mahal. Dada ji tells her that Maa is annoyed with them. Anami tells him that she can please the Goddess. Dada ji doesn’t want to permit Anami.

Anami takes the responsibility and tells him that she will keep the fast, look after the idol and pray with devotion. Dada ji permits her. The family misses Vatsalya. They all recall Vatsalya and remember his great words, when Anami reads Vatsalya’s diary. She passes Vatsalya’s message to the family. They all agree to do the Maa Durga puja at home for Vatsalya’s sake. Anami looks after all the arrangements. She refuses to accept Satrupa’s gift. She thinks of inviting Tania and Adhiraj in the festive.