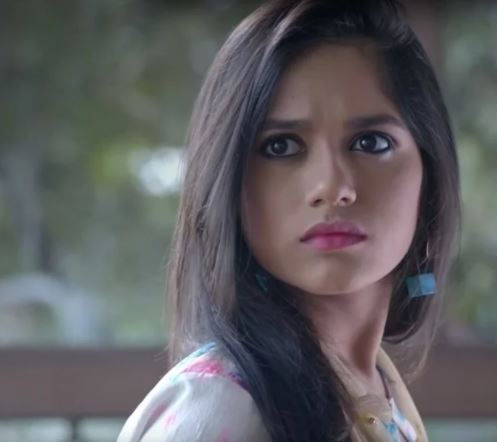 Vikram asks Ahaan to confess love to Pankti. Ahaan meets Pankti and confesses love to her. She avoids Ahaan. She then faces JD, who shocks her. JD forces her to confess love for him. JD and Ahaan get close to see each other, which gives jitters to Pankti. JD and Ahaan fail to know about each other. Thakur invites Anita in Vikram and Richa’s haldi function. Anita doesn’t know Richa is getting married in Dhanrajgir family. She fulfills Pankti’s wish to attend Richa’s haldi.

Everyone is happy for Vikram and Richa. The family celebrates haldi rasam. The ladies compliment Sheetal’s diamond necklace. Sheetal tells them that JD has exclusively made this for her. She feels proud to get a loving husband like JD. Pankti comes with Anita. Sheetal gets shocked seeing Pankti wearing the same necklace. JD has gifted them the same one. Sheetal gets upset with Pankti. Anita gets into an argument with Sheetal. Aparna supports Pankti, knowing he is Ahaan’s love. Pankti does not know Sheetal is JD’s wife. Anita boasts of her richness in front of Sheetal. Anita then learns she is in JD’s house and Sheetal is his wife. She gets a shock on seeing JD. Pankti will be soon learning about Ahaan and JD’s close relation.