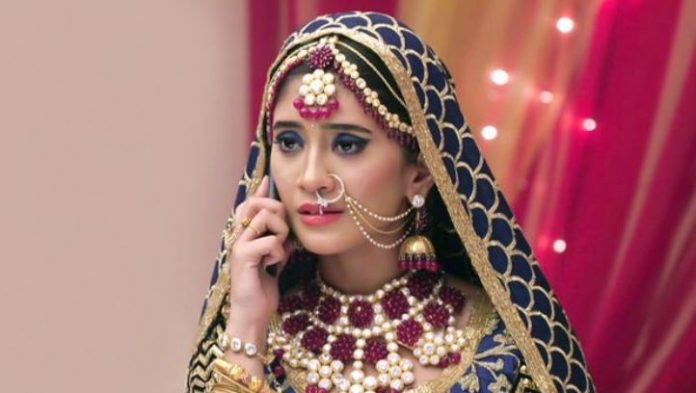 Naksh gets the documents signed. He plans to go and pick Kirti from Goenka house. Manish comes home and blasts his anger on Naksh. He reveals to everyone how Naksh has cheated Naksh. Manish doesn’t want to tolerate anything wrong with Kirti. Naksh denies to cheat Kirti. Manish doesn’t listen to him. Rajshri supports Naksh. The family asks Naksh to speak out the truth. Manish tells them that Naksh doesn’t love Kirti, he just married her to compromise for Naira’s happiness. The family tells Manish that they didn’t know this. Manish gets upset with them. He doesn’t believe Singhanias. He calls them liars. Kartik comes to Singhanias’ rescue.

Kartik tells Manish that everyone is innocent, it was just Naksh’s mistake. He consoles Manish. Manish compares Naksh with Aditya. Kartik defends Naksh. He tells Manish that Naksh’s intentions were not so cheap as Aditya. He realizes Naksh is in love with Kirti. He wanted Kirti to know truth so that she can decide for her life. He tells Manish that Naksh can never hurt Kirti. Akhilesh and Manish don’t want Kirti to take any decision by pressure. Everyone asks Naksh to make Kirti realize his feelings. Naksh apologizes to his family. Rajshri supports him in his efforts. She tells Naksh that he will also love Kirti and now he has to keep marriage all by his heart now. She wants Naksh’s marriage to prosper. Kartik and Naira take care of Kirti. Naira wants to show Kirti the truth that Naksh really likes her.

Naksh tries to reach Kirti. Rajshri is sure that the relations will get more strong after crossing this hurdle. Everyone prays for Naksh and Kirti’s happiness. Naira feels Kartik’s anger was justified, as he loves Kirti a lot. Dadi doesn’t want Kirti to take any wrong decision. Naira promises Dadi that she will make things fine. Naira and Kartik get together to help the kids in the school project. They have an argument and cute fight. Manish gets hurt by Kirti’s sorrow. The family gets worried thinking if Kirti will cope up with the sorrow or not. Naksh tells Naira that he really loves Kirti and fears to lose her. Naira asks him to leave everything on time. Naksh tells Naira that he wanted to gift Kirti a boutique as he has seen her interest in fashion designing. He wanted to give her wings of independence. Naira takes his gift for Kirti. She wishes Kirti understands Naksh.