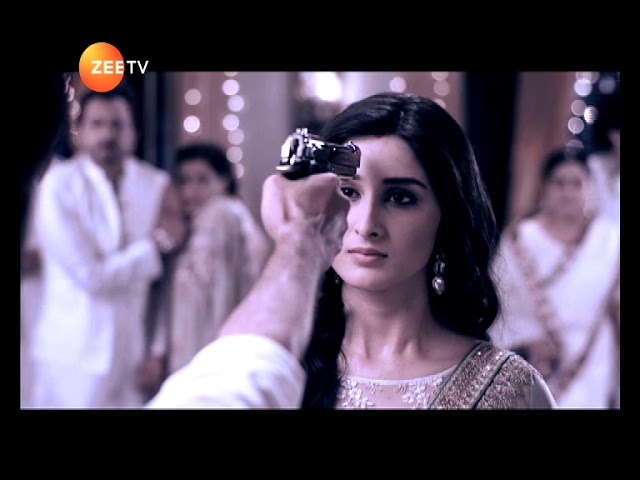 Naren’s hatred is testing Pooja’s love. He tells her the time of test has finally arrived. She is ready for any challenge. She tells him that he doesn’t know the power of strength, she is ready to face every test for getting his love. Naren wants to see what comes in her fate, love or hatred, peace or destruction. Harish asks Pooja not to get scared of anyone. Pooja tells them that she doesn’t want to hurt Naren’s heart by revealing the truth.

Harish asks her to tell the name of the culprit. She says there is no use to hide truth, as everyone knows we tried to conceal the culprit for the family sake. Rahul is sure that Pooja can’t prove any truth. He stays overconfident. Surbhi tells him that Pooja didn’t leave from Naren’s life. Rahul wants to see how Naren is sinking in sorrow. Mr. Kapoor visits his wife’s grave and celebrates her birthday. Mr. Kapoor gets spotted by Rahul and Surbhi. Everyone stays in Pooja’s worry. Harish doesn’t want to let his son hurt Pooja in his madness. Pooja tells everyone that she has a big revelation to make. Naren gives her shocks by shooting towards her.