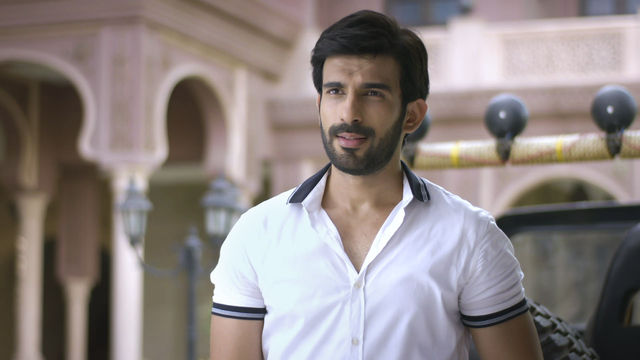 Adhiraj falls in love with Anami. He gets restless to meet her. Anami asks him to meet the next day. Satrupa sympathizes with Narottam. She sees his wounds fresh. He tells her what Sudha told him to bear the pain. She does the aid to his wounds. She tells him that wounds and pain make a person hollow within. She tells him that Sudha’s thinking is wrong, as person can win in a peaceful way, without hurting anyone. Narottam sees Satrupa’s humble side for the first time.

Anami hands over the clues related to Vatsalya’s case. He asks Adhiraj to catch the culprits soon. Adhiraj tells her that she is also in danger. He says you are being followed all the time by a contract killer, who can kill her anytime they get the order. Anami doesn’t get scared of his warnings. Her bold nature impresses Adhiraj. He starts falling for her more. Anami takes him along to have an icecream treat. Adhiraj enjoys her company.

Meanwhile, Dada ji tells Pujan that they have to settle Sudha’s matter, and send her away by giving her anything. He asks Pujan to call Sudha for a talk. Dada ji tries being humble, but Sudha’s nonsense makes him lose temper. Sudha refuses his offer, and wants to remain in Lal mahal for her family. Satrupa tries to show Sudha’s truth to Anami. She thinks Sudha will accept Dada ji’s offer and secure Narottam’s offer. Dada ji names much property than expected to Sudha. Even then she wishes Narottam to get an identity in Lal Mahal. Dada ji threatens to bring her down on ground if she tries to fly high. Sudha tells him that she wants Narottam to take Vatsalya’s place. Dada ji gets angered on her. Sudha changes color when she sees Anami around. She acts helpless and undefensive. Anami feels bad for Sudha. Anami sympathizes for her. Satrupa asks Anami to open eyes and see the truth. Satrupa determines to get Sudha’s truth in front of Anami.