Oberoi brothers just want to see Piya. Piya shows her dancing skills. They have already met her in Goa, and also fell in trouble. Despite all that occurred, they still tend to believe Piya is an innocent and sweet girl. Piya has come to stay in Oberoi mansion. She is participating in an event, and gets preparing for it. Piya’s style, beauty and charm even strikes Anika, Gauri and Bhavya. Pinky asks why are the girls staring at Piya, what happened that they all got lost. Gauri says we were seeing Piya’s dance, she is like a thunder. Anika says she is a great dancer, we really want to praise her. Bhavya likes her amazing style. The girls praise Piya, while the guys get wonderstruck.

Rudra records Piya’s dance in his mind and heart. He flirts with her. Shivay and Omkara interrupt him, as family is around. Obros get away from family and discuss about Piya. They have a crush on Piya. Shivay asks Rudra why was he going after Piya. Rudra says who asked you to follow her, at least I m a bachelor, you are married, you can’t even think of any girl. Shivay calls him stupid. Omkara too reminds Shivay of Anika. Shivay asks him to think of Gauri, whom he got back after much difficulty. They get helpless being smitten by Piya’s charm. 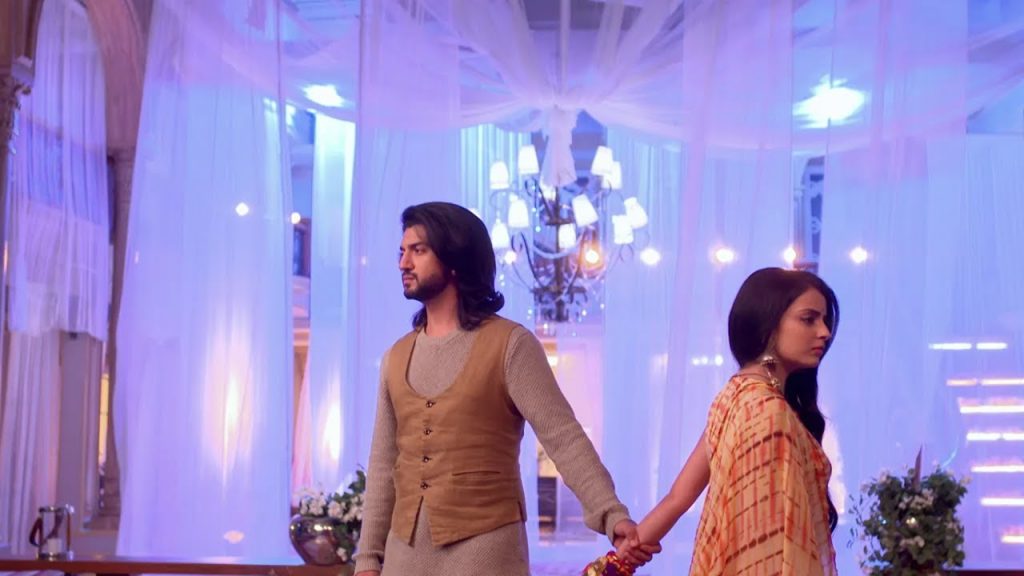 Rudra states that Shivay and Omkara should have shame. Omkara asks Shivay not to stare at Piya. Shivay says even you were staring at her and you are giving a lecture as if you were standing with closed eyes. Omkara admits his mistake. Rudra makes fun of Omkara’s long hair. Omkara asks Rudra not to get after his hair. Shivay asks them not to fight. Piya passes by and gets their attention. They follow Piya and hide. Omkara and Rudra get Shivay trapped. Though Anika believes Shivay a lot, she spots him after Piya. Anika doubts Shivay is hiding something from her again.