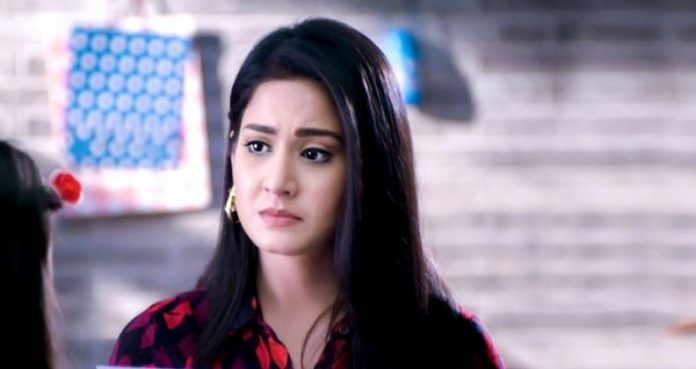 Avni suggests Neil to change Vidyut’s thinking than punishing him. She feels its very tough to change Vidyut. She tells Neil that they have to save Mishti and also limit Juhi from inviting risks by losing her control on emotions. She asks Neil to talk to Juhi and explain her the risk. Avni feels sorry for Mishti. She wants Mishti to have a good childhood. Avni tries to end Bebe’s annoyance. She tells Neil that the family has to forgive them for their big lies. Neil meets Juhi and asks her not to reveal the truth to Mishti that she is her mum, as Mishti may not accept the big change easily. Juhi feels bad seeing Mishti loving Avni. Juhi tries to become Mishti’s friend.

Doctor learns about Mishti’s blood reports. Mishti’s blood doesn’t match with Neil. He thinks of talking to Neil about it. Doctor gets a surprise finding Vidyut and Mishti’s blood group matching. He finds it a big coincidence. Doctor fails to reveal the blood match fact to Neil.

Vidyut angers DD by his talk. DD punches his face. Vidyut gets raging. Vidyut gets interrogated. He demands to get face to face with Neil. Neil fulfills his wish. Neil talks to Vidyut in person. They both have an argument. Neil leaves Vidyut free. Avni boosts Juhi’s confidence. She asks Juhi not to lose hope, she can get Mishti soon. She asks Juhi to be strong and stay happy, so that she can end Mishti’s fears too. Juhi promises that she will stay happy for Mishti’s sake. Avni and Neil have a romantic moment. Juhi gets sad seeing them. They feel awkward on seeing Juhi. Avni plans to send Juhi and Mishti away till Ragini pandit is caught. Neil asks Avni to go along Mishti so that she settles with Juhi. He wants to secure Avni’s life from Vidyut. He gets concerned for her. Avni doesn’t get scared of any danger.