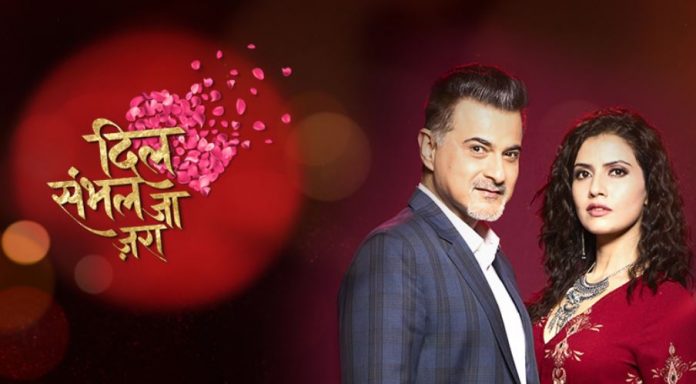 Ahana feels much secure with Anant. After Rahul’s death, she hasn’t found anyone true and humble. She finds Anant a true soul. She tells Anant that she feels secure with him and also likes staying happy, without feeling any age difference between them. Anant also tells her that he doesn’t feel the age difference when he spends time with her. They both turn into good friends. Anant ponders over moving on in life, to keep his dead wife’s wish. He decides to marry Ahana, if she wills and accepts his proposal. Anant meets Ahana. He proposes her for marriage. Ahana gets a shock, but eventually agrees to marry him.

Anant gets glad that they have reached a decision mutually. Laila, Saloni and Roshni disapprove Anant and Ahana’s decision. Laila tells Ahana that Anant is 20 years older than her. Saloni also finds the relation wrong. She tells Ahana that Anant and she are not right for each other. Ahana tells Laila that her heart knows this relation is right for her. Meanwhile, Gupta learns that his wife has given a cheque to Laila to get Tarun and Saloni married. He gets angered thinking his son and wife have fooled him. He asks Tarun to leave from his house, as he has cheated him on Laila’s orders. Tarun tries to defend himself, that he had no choice than agreeing to Laila.

Roshni assumes Anant wants to marry Laila. She then gets ba shock when Anant introduces Ahana as his would be wife. Roshni forces Anant to rethink about his decision. Roshni asks Anant to choose between her or Ahana. Roshni opposes the marriage. Roshni fears she will lose Anant forever. Laila tells Ahana that she can’t be happy with Anant. Ahana clarifies her decision to Laila, whom she hates the most. Ahana doesn’t reveal that Laila is also one factor why she decided to marry Anant. Ahana is sure that she will stay happy with this relation.