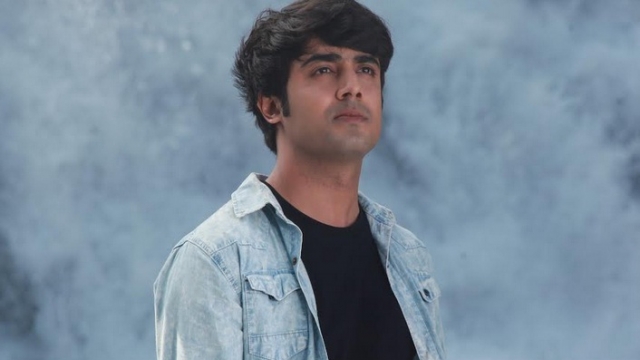 Naren worries thinking Pooja has won the two conditions. Naren thinks what to do to trouble Pooja. Their challenge is going on. She knows Naren doesn’t want her to win. She tells Naren that she wants him to win, as she loves him. Naren is taking her tests, as he also loves her, which is suppressed by his anger. Naren has kept a third condition, in which Pooja wins again. Naren has realized what wrong he was doing. Mama ji slaps Naren and scolds him. He says you wanted to show truth to Pooja in these mirrors, the fact is the time has come when you see your truth in it. He asks Naren to realize what he has done. Mama ji feeds some sense in his mind.

Naren had forced Pooja to dance in front of his guests. Naren gifts her ghungroos and makes her perform in the party. Piya dances in Mujra style. She doesn’t get scared. She is ready to do anything to get Naren’s love and trust back. Naren didn’t know some evil doers also got an entry. Some guys misbehave with Pooja, which Naren couldn’t tolerate. Naren beats the men. He didn’t invite such cheap men. Rahul has sent the bad guys in the party. Naren can’t see Pooja’s respect at stake. Pooja faces humiliation. She breaks into tears.

Naren teaches a lesson to the men. He picks Pooja’s dupatta and hands it over to her. Pooja cries, though she has no anger or complains for Naren. Naren fails to meet Pooja’s eyes. Pooja felt the guys are Naren’s friends. Naren sends the men away. Mama ji hates Naren for this day. Pooja stops Mama ji and takes Naren’s side. Naren realizes his mistake. He gets stunned when she still supports him. Mama ji tells Pooja that he can’t allow her to stay in Vyas house from now on. He takes Pooja with him. Naren regrets for his doings. He falls in his own eyes.