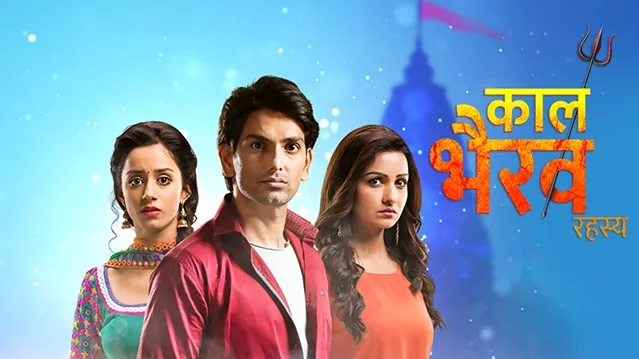 Namrata gets the camera for Rahul. Rahul checks the video of Indra’s death in the temple. He fails to get to know any clue. Rahul follows Gauri and gets to see her going to a secret temple for making prayers to Kaal Bhairav for the welfare of people. Rahul believes Gauri is a good person at heart. Indra’s friend Manoj holds a strong evidence. He tries to sell the real video for money. He goes to Pujari ji’s house at night. Manoj takes Minty for village celebrations. He sends Minty home, while he goes to the temple. Minty follows Manoj and gets locked inside the temple. Manoj manages to leave before time. Minty’s life falls in danger.

There is a new entry in the show. Shakti Devi comes in the village. Shakti Devi breaks the sindoor puja tradition of Kaal Bhairav. She stops Namrata from doing the puja. The villagers get to see Shakti Devi. Shakti Devi argues with Thakur. She was in jail till now.

She tells Thakur that she has come back and now she will not let things go on the same way. Thakur doesn’t want Shakti Devi to enter the temple. She asks him not to create a hurdle in her path, when she has returned, she will take back the responsibilities from him. They both have a power clash. She challenges him that she will do the puja. She does the puja in the temple. Thakur gets upset seeing her. Shakti Devi and Daata Thakur are the two strong rivals. Rahul observes their enmity. Namrata asks Thakur why is he afraid of Shakti Devi. Thakur slaps her on her question. Namrata feels its a big matter that her dad is hiding.