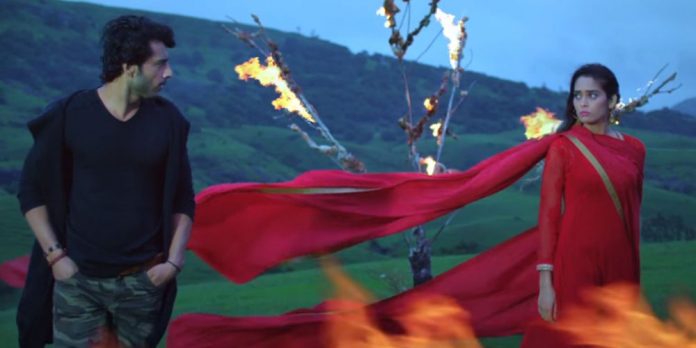 Siddhi gives a challenge to Vinayak. She teaches him dance. She asks him to wear heels and dance, so that he gets the difficulty out of his mind. Siddhi dances. Vinayak gets impressed seeing her. He gets mesmerized. Siddhi asks him to learn the steps. Vinayak’s movie launch is close. Vinayak wears the high heels and tries to walk. He manages to walk well. Siddhi gets surprised when he completes the task.

He tells her that he has learn balancing well, now can she begin the training. He asks her to tell him what else he has to do to learn dance from her. He does a mistake. Siddhi tells him that he has removed the sandals, that’s why his feet aren’t swollen. She gets upset that he lied to her. Vinayak convinces her by his sweet talk. Siddhi asks him to focus and learn. Siddhi’s hatred for Vin Kundra gets high after her friend commits suicide. She bonds with Vinayak during the dance training sessions. She tells Vinayak that he is a very difficult student. He promises to put more efforts. She doesn’t know Vinayak is Vin Kundra.