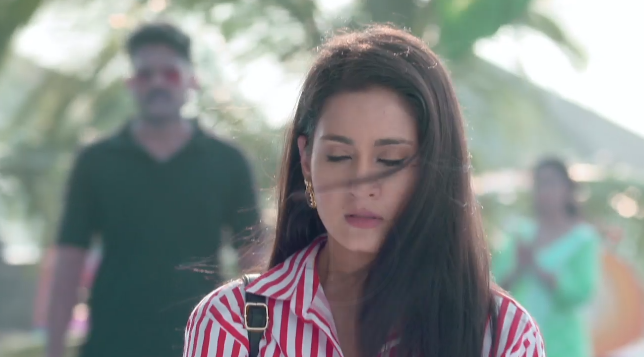 Neil and Avni sort out their differences. She apologizes to him for her words. She tells him that they should not hurt each other from now on. When things get fine between them, Juhi becomes a reason to annoy her again. He tells her what Juhi requested him. She thinks Neil spoke to her on Juhi’s saying. Juhi gets scolded by Shweta. Juhi defends herself. Neela tells Juhi that she has to deal with Mishti by keeping patience. She explains about her bonding and relation with Aisha’s daughter Avni. Juhi feels Avni and Mishti have a strong relation. She thinks Mishti can’t accept her in Avni’s place.

Neela asks Juhi to take Mishti and stay away from the family. Shweta tells Juhi that Neil and Avni will also have children soon, and they all can’t stay under one roof together. She asks Juhi to prepone her trip. He tries to know the reason for her annoyance. She doesn’t tell him. Neil and Avni have annoyance again. They end up fighting.

Mishti finds them unhappy. Neil doesn’t understand what has upset Avni. Prakash pacifies Neil. He tries to lighten his stress. Avni feels hurt because of Neil. She feels insecure of Juhi. She doesn’t want to accept Juhi in his life. Shweta tells Juhi that it will be good if she goes away with Mishti, so that Mishti can accept her soon. Mishti hears Neil. She sees Avni crying and gets sad. She thinks Juhi didn’t complete her promise. She finds a way to bring Neil and Avni together. Mishti makes them patch up. Neil tells Avni that he didn’t say apologize to her on Juhi’s request. He clears the misunderstanding. He asks Avni not to feel insecure of Juhi. He promises to be always with her. They have a moment.